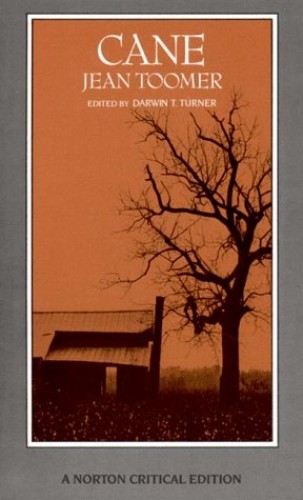 In Stock
$14.49
+10% GST
Originally published in 1923, Cane is a literary masterpiece of the Harlem Renaissance. The growing interest in African-American literature that began in the 1960's led to the rediscovery of earlier African-American writers, one of whom is Jean Toomer, author of Cane. It is an innovative literary work part drama, part poetry, part fiction.
Very Good
Only 2 left

Darwin T. Turner's "Introduction" (to the 1975 Liveright edition of Cane), reprinted here, presents the historical and literary backgrounds of the work, as well as additional biographical information on Toomer.

Jean Toomer (1894-1967) was born in Washington, D.C., the son of educated blacks of Creole stock. Literature was his first love and he regularly contributed avant garde poetry and short stories to such magazines as Dial, Broom, Secession, Double Dealer, and Little Review. After a literary apprenticeship in New York, Toomer taught school in rural Georgia. His experiences there led to the writing of Cane. Darwin T. Turner was professor of English at the University of Iowa and head of its Afro-American World Studies Program. He wrote extensively about Jean Toomer. He was the author of In a Minor Chord: Three Afro-American Writers and Their Search for Identity, Katharsis, and Nathaniel Hawthorne's "The Scarlet Letter." He edited, among other books, The Wayward and the Seeking: Selected Writings by Jean Toomer, Afro-American Writers, and Black American Literature: Essays, Poetry, Fiction, Drama. Professor Turner's poems were published in numerous journals, as were his many articles and reviews, most concerned with Afro-American writers.

GOR001418674
Cane by Jean Toomer
Jean Toomer
Norton Critical Editions
Used - Very Good
Paperback
WW Norton & Co
1988-04-13
256
0393956008
9780393956009
N/A
Book picture is for illustrative purposes only, actual binding, cover or edition may vary.
This is a used book - there is no escaping the fact it has been read by someone else and it will show signs of wear and previous use. Overall we expect it to be in very good condition, but if you are not entirely satisfied please get in touch with us.