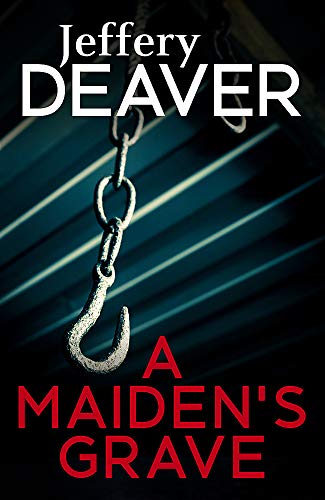 A Maiden's Grave
by Jeffery Deaver

A Maiden's Grave by Jeffery Deaver

When a trio of desperate convicts hijack a bus carrying a group of deaf and mute schoolgirls, everyone is braced for a terrible tragedy.

FBI agent Arthur Potter is flown in to negotiate. But he has competition: local police, state troopers, politicians and the media are swarming. Not everyone has the same agenda.

And the killers will murder one innocent child an hour, on the hour, until their demands are met...

Jeffery Deaver is the award-winning author of two collections of short stories and 29 internationally bestselling novels, including the latest James Bond novel Carte Blanche. He is best known for his Lincoln Rhyme thrillers, which include the number one bestsellers The Vanished Man, The Twelfth Card and The Cold Moon, as well as The Bone Collector which was made into a feature film starring Denzel Washington and Angelina Jolie. The first Kathryn Dance novel, The Sleeping Doll, was published in 2007 to enormous acclaim.

A three-time recipient of the Ellery Queen Reader's Award for Best Short Story of the year, he has been nominated for an Anthony Award and six Edgar Awards from the Mystery Writers of America. He won the WH Smith Thumping Good Read Award in 2001 and in 2004 won the Crime Writers' Association Steel Dagger for Best Thriller with Garden of Beasts, and their Short Story Dagger for The Weekender from Twisted.

GOR008943114
A Maiden's Grave by Jeffery Deaver
Jeffery Deaver
Used - Well Read
Paperback
Hodder & Stoughton
2016-09-22
496
1473631955
9781473631953
N/A
Book picture is for illustrative purposes only, actual binding, cover or edition may vary.
This is a used book. We do our best to provide good quality books for you to read, but there is no escaping the fact that it has been owned and read by someone else previously. Therefore it will show signs of wear and may be an ex library book.