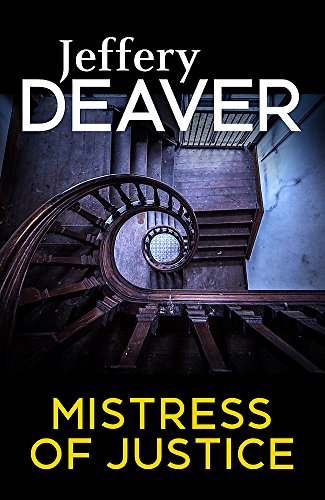 Mistress of Justice
by Jeffery Deaver

Mistress of Justice by Jeffery Deaver

Taylor Lockwood spends her days working as a paralegal in one of New York's pre-eminent Wall Street law firms and her nights playing jazz piano anywhere she can.

But the rhythm of her life is disrupted when attorney Mitchell Reece asks her to find a stolen document that could cost him the multimillion dollar case he's defending... and his career as well.

Taylor signs on... only to find that as she delves deeper and deeper into what goes on behind closed doors at Hubbard, White & Willis, she uncovers more than she wants to know - including secrets damaging enough to smash careers and dangerous enough to kill for.

But who is capable of going to that extreme? With her life on the line, Taylor is about to learn the lethal answer...

'If you want thrills, Deaver is your man' Guardian

The best psychological thriller writer around * The Times *

Jeffery Deaver is the award-winning author of two collections of short stories and 29 internationally bestselling novels, including the latest James Bond novel Carte Blanche. He is best known for his Lincoln Rhyme thrillers, which include the number one bestsellers The Vanished Man, The Twelfth Card and The Cold Moon, as well as The Bone Collector which was made into a feature film starring Denzel Washington and Angelina Jolie. The first Kathryn Dance novel, The Sleeping Doll, was published in 2007 to enormous acclaim.

A three-time recipient of the Ellery Queen Reader's Award for Best Short Story of the year, he has been nominated for an Anthony Award and six Edgar Awards from the Mystery Writers of America. He won the WH Smith Thumping Good Read Award in 2001 and in 2004 won the Crime Writers' Association Steel Dagger for Best Thriller with Garden of Beasts, and their Short Story Dagger for The Weekender from Twisted.

GOR008681126
Mistress of Justice by Jeffery Deaver
Jeffery Deaver
Used - Very Good
Paperback
Hodder & Stoughton
2016-09-22
368
1473631912
9781473631915
N/A
Book picture is for illustrative purposes only, actual binding, cover or edition may vary.
This is a used book - there is no escaping the fact it has been read by someone else and it will show signs of wear and previous use. Overall we expect it to be in very good condition, but if you are not entirely satisfied please get in touch with us.