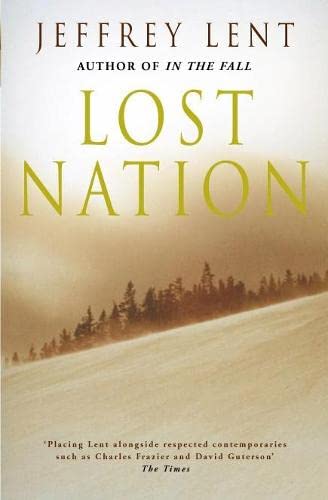 In Stock
$11.99
+10% GST
From the bestselling author of In the Fall, Lost Nation confirms Lent's place in the pantheon of America's greatest living novelists.
Very Good Good
Only 2 left

'Compelling . . . an epic of the Wild East' SUNDAY TELEGRAPH

A man known only as Blood guides an oxcart of rum towards Indian Stream. An ungoverned territory high in rural New Hampshire, north-east America, Indian Stream is the place where the luckless and the lawless make their way in order to make a fresh start -- and Blood's reason for heading there is no different. A man with a past he'd rather forget, he hopes to establish himself as a trader. But on their arrival, he and Sally -- a beautiful sixteen-year-old won in a game of cards -- soon find their presence there is the trigger for conflict within the community; conflict that finally forces Blood to confront his ghosts.

Jeffrey Lent carries us deep into conditions of desolation and hardship, but at the same time maintains the relentless beat of hope. Written in lucid and seductive prose, LOST NATION resoundingly confirms Jeffrey Lent's place in the front rank of modern novelists.

"Lost Nation is a visceral book. Its scenes and charactes are full of sweat, smell, rot, and contradiction....It is rugged, carefully plotted, and thoughtfully constructed, offering a glimpse of a place and time most contemporary novelists simply can't take us to....A powerful and potentially timeless book."

Author of Lost Nation and the acclaimed In the Fall, Jeffrey Lent lives in Vermont with his wife and two daughters.

GOR001431175
Lost Nation by Jeffrey Lent
Jeffrey Lent
Used - Very Good
Paperback
Pan Macmillan
2004-03-05
384
0330493809
9780330493802
N/A
Book picture is for illustrative purposes only, actual binding, cover or edition may vary.
This is a used book - there is no escaping the fact it has been read by someone else and it will show signs of wear and previous use. Overall we expect it to be in very good condition, but if you are not entirely satisfied please get in touch with us.