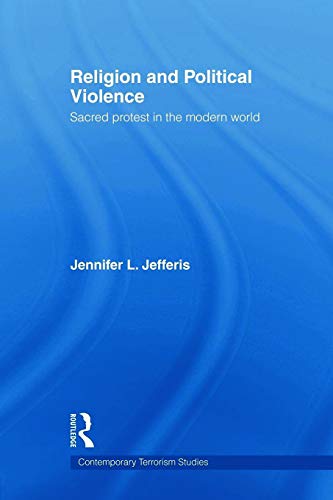 This book uses the theory of social movements and first-hand interviews to create a new analysis of religiously motivated political violence in the modern world.

Examining the movement to restore Sharia law to a dominant place in the Egyptian government, the movement to make abortion illegal in the United States, and the religious effort to secure territory in Israel, the author contends that religion becomes violent not because of ideology or political context alone, but because of the constantly evolving relationship between them.

This book will be of great interest to students of political violence, religion, sociology, and Politics and International Relations in general.

Jennifer Jefferis is Assistant Professor in the Department of Government, Regent University, USA, and has a PhD in Political Science from Boston University.

Part 1 Introduction 1. Changing Political Landscapes 2. Abortion of Values or the Value of Abortion? 3. Allah's Place in Egyptian Politics Part 2 4. A Discussion of Rhetoric 5. The Consequence of Rhetoric 6. The Power of Structure 7. The Impact of Ideological Frames Part 3 8. Breaking New Ground - The Religious Settlers' Movement in Israel 9. Settling the Case for Violence - The Future of Religious Violence in Israel Conclusion. Bibliography

NLS9780415664554
9780415664554
0415664551
Religion and Political Violence: Sacred Protest in the Modern World by Jennifer L. Jefferis (Regent University, USA)
Jennifer L. Jefferis (Regent University, USA)
New
Paperback
Taylor & Francis Ltd
2011-03-24
224
N/A
Book picture is for illustrative purposes only, actual binding, cover or edition may vary.
This is a new book - be the first to read this copy. With untouched pages and a perfect binding, your brand new copy is ready to be opened for the first time
Trustpilot