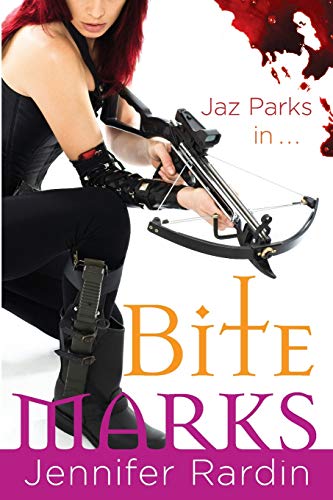 Jaz is possessed. After biting the neck of a domyter during a forced visit to his territory, she now has unwelcome voices in her head. While fighting for supremacy in her own mind, she finds herself confronted with a near-impossible task: perform perfectly on her next mission or face the unemployment line.

This goal wouldn't be unreasonable, except that her newest target, the leader of a security software firm, plans on transporting a boatload of gnome larvae into NASA's deep space communication complex. Why gnomes? Let's just say that their god is a little peeved with humanity and plans on the usual: total annihilation.

Joining Jaz and Vayl are their old buddies Cole, Bergman, Cassandra and Jack the malamute, each of whom has his or her own agenda. Between Cassandra's curse, Jaz's literally mental personal demons, and a host of angry gnomes, this mission is definitely going to be more complicated than any that have come before.

Jennifer Rardin began writing at the age of 12, mostly poems to amuse her classmates and short stories featuring her best friends as the heroines. She died in September 2010.

GOR001757610
Bite Marks: Book six in the Jaz Parks sequence by Jennifer Rardin
Jennifer Rardin
Jaz Parks
Used - Very Good
Paperback
Little, Brown & Company
2009-10-17
336
0316043826
9780316043823
N/A
Book picture is for illustrative purposes only, actual binding, cover or edition may vary.
This is a used book - there is no escaping the fact it has been read by someone else and it will show signs of wear and previous use. Overall we expect it to be in very good condition, but if you are not entirely satisfied please get in touch with us.