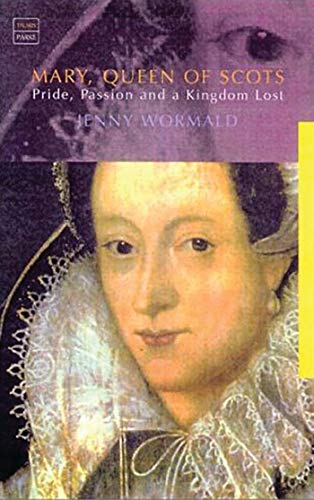 Used Price
$18.99
inc. GST
Free Shipping in Australia
When Elizabeth I ordered her unpredictable rival and kinswoman, Mary Stuart, Queen of Scots, to be beheaded in 1587 she did so in resigned frustration rather than as an act of political wrath. This biography of Mary is here told by a specialist of the 16th century.
Reviews:
Trustpilot
Good

Mary, Queen of Scots: Politics, Passion and a Kingdom Lost by Jenny Wormald

Mary Stuart, Queen of Scots, was one of history's romantically tragic figures. Devious, naive, often principled, beautiful and sexually voracious, this was a woman who had secured the Scottish throne and bolstered the position of the Catholic Church in Scotland. Her endless plotting, including a probable involvement in the murder of her husband Lord Darnley, eventually led to her flight from Scotland and imprisonment by her equally ambitious cousin and fellow queen, Elizabeth of England. And yet when Elizabeth ordered her unpredictable rival and kinswoman to be beheaded in 1587 she did so in resigned frustration rather than as an act of political wrath. Was the beheading of a cousin truly necessary? Did Mary, though churlish, petulant and often disloyal, deserve to forfeit the compassion of her cousin, a woman who had since childhood been her friend and playmate? Mary's fragile fate was to be born to supreme power whilst totally lacking in the political ability to deal with its responsibilities. Her story, which has inspired poets, playwrights and operatic composers of the centuries, is one of the most colourful and emotional tales of Western history, and is here told by a specialist of the 16th century.

Jenny Wormald is a university lecturer in History and C.E. Hodge Fellow at the University of Oxford.

GOR002175253
Mary, Queen of Scots: Politics, Passion and a Kingdom Lost by Jenny Wormald
Jenny Wormald
Used - Good
Paperback
Bloomsbury Publishing PLC
2001-02-22
208
1860645887
9781860645884
N/A
Book picture is for illustrative purposes only, actual binding, cover or edition may vary.
The book has been read but remains in clean condition. All pages are intact and the cover is intact. Some minor wear to the spine.