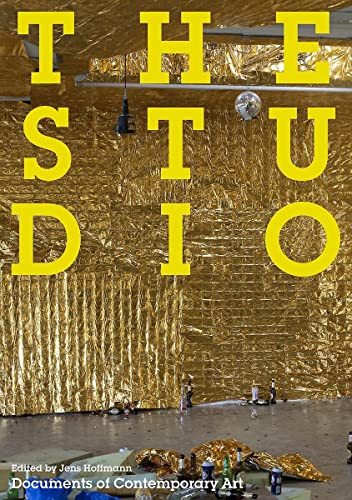 The Studio
by Jens Hoffmann

Out of Stock
$35.99
inc. GST
Charts the historical and theoretical evolution of the contemporary studio from a site for fabrication to a situation for thought and diverse forms of creativity.
Very Good
Only 0 left

The Studio by Jens Hoffmann

Part of the acclaimed 'Documents of Contemporary Art' series of anthologies .

With the emergence of conceptual art in the mid-1960s, the traditional notion of the studio became at least partly obsolete. Other sites emerged for the generation of art, leading to the idea of "post-studio practice." But the studio never went away; it was continually reinvented in response to new realities. This collection, expanding on current critical interest in issues of production and situation, looks at the evolution of studio - and 'post-studio'- practice over the last half century. In recent decades many artists have turned their studios into offices from which they organize a multiplicity of operations and interactions. Others use the studio as a quasi-exhibition space, or work on a laptop computer - mobile, flexible, and ready to follow the next commission. Among the topics surveyed here are the changing portrayal and experience of the artist's role since 1960; the diversity of current studio and post-studio practice; the critical strategies of artists who have used the studio situation as the subject or point of origin for their work; the insights to be gained from archival studio projects; and the expanded field of production that arises from responding to new conditions in the world outside the studio. The essays and artists' statements in this volume explore these questions with a focus on examining the studio's transition from a workshop for physical production to a space with potential for multiple forms of creation and participation.

"The great thing about this book is that - after having read it - I still don't know if artist's studios are physical places or just some kind of mental state. With this anthology, Hoffman shows us that the studio - just like our head - is simply a place where thoughts can run in circles." - Massimiliano Gioni, Artistic Director, Fondazione Nicola Trussardi, Milan. "A fixture of popular accountants and at the same time of serious interest to the artists, the artist's studio has been largely ignored by critics and historians, except to declare it dead. Jens Hoffman, with a characteristically open mind, has gathered a wide-ranging body of texts that show us different ways that artists occupy their studios, and a few strong attempts to theorize its current state." - Katy Siegel, Associate Professor of Art History, Hunter College, CUNY; editor in chief, Art Journal.

Jens Hoffmann is Director of the CCA Wattis Institute for Contemporary Arts, San Francisco, and Curator of the 12th Istanbul Biennial. His books include The Next Documenta Should Be Curated by an Artist, Perform (with Joan Jonas), and Show Time. He is founding editor of The Exhibitionist: Journal on Exhibition Making.

Introduction; Being the Artist; Working With the Situation; Retracing the Steps; Facing the World; Biographical Notes; Bibliography; Index, Acknowledgements.

GOR008067185
The Studio by Jens Hoffmann
Jens Hoffmann
Documents of Contemporary Art
Used - Very Good
Paperback
Whitechapel Gallery
2012-04-01
240
0854881972
9780854881970
N/A
Book picture is for illustrative purposes only, actual binding, cover or edition may vary.
This is a used book - there is no escaping the fact it has been read by someone else and it will show signs of wear and previous use. Overall we expect it to be in very good condition, but if you are not entirely satisfied please get in touch with us.