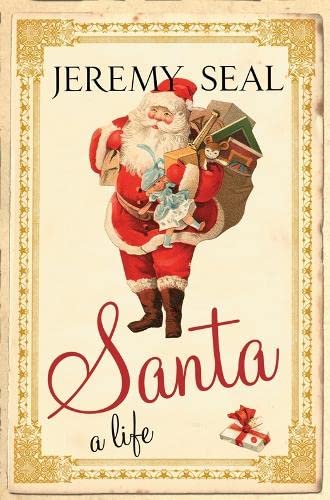 Santa: A Life by Jeremy Seal

Santa Claus began as Nicholas, a Byzantine bishop whose anonymous acts of nighttime charity would turn him into the most popular and enduring of all saints. Jeremy Seal's journey follows Nicholas's all-conquering expansion west from Turkey to the Crusader ports of Bari and Venice, and thence to 16th century Amsterdam. Seal records his subject's 20th century rebirth in the advertising boardrooms of Manhattan, and his own children's encounter with Santa in his new Lapland home. This high adventure spans early-Christian relics and Italian chicanery to reindeer, chimneys and chocolate coins, in a riveting narrative that combines epic sweep with cameos of childhood innocence. From the nature of belief to the settling of modern America, this is an extraordinary tale, triumphantly told.

'A treat whatever the season' Traveller Magazine

Jeremy Seal is a writer and broadcaster. His first book, A Fez of the Heart, was shortlisted for the 1995 Thomas Cook Travel Book Award. He is also the author of The Snakebite Survivors' Club and The Wreck at Sharpnose Point and was the presenter of Channel 4's Wreck Detectives. He lives in Bath with his wife and daughters.

GOR003224349
Santa: A Life by Jeremy Seal
Jeremy Seal
Used - Very Good
Paperback
Pan Macmillan
2006-11-03
304
0330419374
9780330419376
N/A
Book picture is for illustrative purposes only, actual binding, cover or edition may vary.
This is a used book - there is no escaping the fact it has been read by someone else and it will show signs of wear and previous use. Overall we expect it to be in very good condition, but if you are not entirely satisfied please get in touch with us.