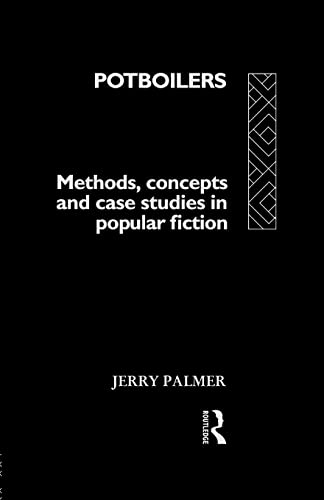 Potboilers looks at the many forms of popular narrative - in print, film and TV. It considers the ways in they have been analysed in literary criticism, sociology, communications, media and cultural studies.
The book introduces and summarizes two decades of debate about mass-produced fictions and their position within popular culture. It assesses the methods that have been used in these debates, focussing both on narrative analysis and the communications process. It explores generic conventions, the role of commercial strategies, and the nature of the audience with reference to crime fiction, soap opera, romance and TV sitcom.
Distinctions between `high' and `low' culture have relegated many popular forms to the trash-can of `great' literature. This book takes stock of the methods and concepts used to analyse popular culture and argues for a non-elitist approach to the study of literature, film and television.

..."readable, flowing book.... the theories discussed in depth in the first part, interesting enough in their own right, are concerned with traditional literary and filmic narratives. Most of the case studies in the second part, however, are taken from contemporary genres... two theoretical chapters... are highly relevant-- the one debating the relationship between popular culture and ideology... and the one concerned with definitions of genre.."
-"Semiotica

GOR002055120
Potboilers: Methods, Concepts and Case Studies in Popular Fiction by Jerry Palmer
Jerry Palmer
Communication and Society
Used - Very Good
Paperback
Taylor & Francis Ltd
1991-12-05
228
0415009782
9780415009782
N/A
Book picture is for illustrative purposes only, actual binding, cover or edition may vary.
This is a used book - there is no escaping the fact it has been read by someone else and it will show signs of wear and previous use. Overall we expect it to be in very good condition, but if you are not entirely satisfied please get in touch with us.