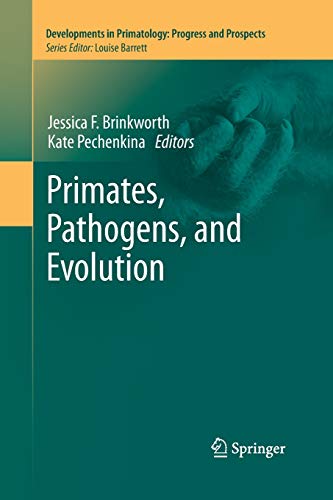 The immune systems of human and non-human primates have diverged over time, such that some species differ considerably in their susceptibility, symptoms, and survival of particular infectious diseases. Variation in primate immunity is such that major human pathogens - such as immunodeficiency viruses, herpesviruses and malaria-inducing species of Plasmodium - elicit striking differences in immune response between closely related species and within primate populations. These differences in immunity are the outcome of complex evolutionary processes that include interactions between the host, its pathogens and symbiont/commensal organisms. The success of some pathogens in establishing persistent infections in humans and other primates has been determined not just by the molecular evolution of the pathogen and its interactions with the host, but also by the evolution of primate behavior and ecology, microflora, immune factors and the evolution of other biological systems.

To explore how interactions between primates and their pathogens have shaped their mutual molecular evolution, Primates, Pathogens and Evolution brings together research that explores comparative primate immune function, the emergence of major and neglected primate diseases, primate-microorganism molecular interactions, and related topics. This book will be of interest to anyone curious as to why infectious diseases manifest differently in humans and their closest relatives. It will be of particular interest to scholars specializing in human and non-human primate evolution, epidemiology and immunology, and disease ecology. Primates, Pathogens and Evolution offers an overview and discussion of current findings on differences in the molecular mechanics of primate immune response, as well as on pathogen-mediated primate evolution and human and non-human primate health.