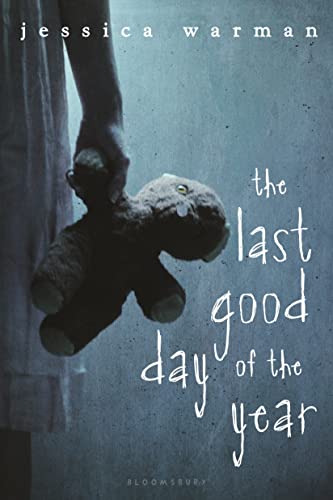 The Last Good Day of the Year
by Jessica Warman

In Stock
$63.99
inc. GST
A power thriller from acclaimed author Jessica Warman explores how sometimes unspeakable things are hidden in memories . . .
Like New Good
Only 2 left

The Last Good Day of the Year Summary

The Last Good Day of the Year by Jessica Warman

In the early hours of New Year's Day, seven-year-old Samantha and her next door neighbor, Remy, watched as a man broke into Sam's home and lifted her younger sister, Turtle, from her sleeping bag, taking her away forever. Remy and Sam, too afraid to intervene at the time, later identified the man as Sam's sister Gretchen's much older ex-boyfriend, Steven, who is sent to prison for Turtle's murder. Ten years later, Sam's shattered family returns to her childhood home in an effort to heal. As long-buried memories begin to surface, Sam wonders if she and Remy accurately registered everything they saw. The more they re-examine the events of that fateful night, the more questions they discover about what really happened to Turtle.

The Last Good Day of the Year Reviews

Jessica Warman is the author of Breathless, Where the Truth Lies, Between, and Beautiful Lies, which have received seven starred reviews among them. Between was published in a total of twelve countries around the world. Jessica has an MA in creative writing and recently moved to Houston, Texas. www.jessicawarman.com @jkwarman

GOR008064411
The Last Good Day of the Year by Jessica Warman
Jessica Warman
Used - Like New
Paperback
Bloomsbury Publishing USA
2016-06-01
288
0802736637
9780802736635
N/A
Book picture is for illustrative purposes only, actual binding, cover or edition may vary.
The book has been read, but looks new. The book cover has no visible wear, and the dust jacket is included if applicable. No missing or damaged pages, no tears, possible very minimal creasing, no underlining or highlighting of text, and no writing in the margins.