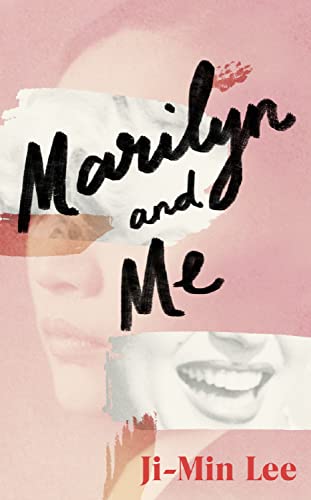 Marilyn and Me
by Ji-min Lee

Out of Stock
$18.49
inc. GST
'A beautifully woven page turner' Heather Morris, author of The Tattooist of Auschwitz

A gripping and heartwrenching novel of damage and survival, grief and unexpected solace, Marilyn and Me is a fascinating - and timely - insight into an extraordinary time and place

Marilyn and Me Summary

Marilyn and Me by Ji-min Lee

'A beautifully woven page turner' Heather Morris, author of The Tattooist of Auschwitz

A gripping and heartwrenching novel of damage and survival, grief and unexpected solace, Marilyn and Me is a fascinating - and timely - insight into an extraordinary time and place

How do you translate the present, when you can't let go of the past?

It is the winter of 1954, and in the rubble-strewn aftermath of the Korean war Marilyn Monroe has come to Seoul to perform to the US soldiers stationed there. Incongruous in her silk dress and flawless makeup, she sings of seduction and love, dazzling battle-scarred Americans and Koreans alike.

Alice, the woman chosen to be Marilyn's translator, was once Kim Ae-sun, before her name was stolen from her - along with so much else - by the war. With her prematurely grey hair, her fraying lace gloves and the memories that will engulf her if she lets them, Alice works as a typist for the US military. It is a job that has enabled her to survive, and to forget.

As they travel across the country, over the four days of Marilyn's tour, the two women begin to form an unlikely friendship. But when Alice becomes embroiled in a sting operation involving the entrapment of a Communist spy she is forced to confront the past she has been trying so hard to escape.

Marilyn and Me Reviews

'This story of the unlikely meeting of two vulnerable women is a beautifully woven page turner. The battle-weary woman and the pin-up girl who meet, connect, separate: each changed by the brief union' Heather Morris, author of The Tattooist of Auschwitz

'Alice is a troubled young woman who's chosen to become Marilyn Monroe's translator when she performs to US soldiers stationed in Korea. The star's vulnerability stirs up conflicted memories for Alice, forcing her to confront her own suffering and the suffering she has caused others .. there are gravely beautiful moments and Lee's depiction of the war and its aftermath is spare and powerful' Mail on Sunday

'This short and haunting novel gives the reader an insight into a war that's largely been forgotten...This is a dark, impactful story of bleak survival, brilliantly translated from Korean, with raw and shocking images that tend to linger ... a bone-chilling read' Irish Independent

'This is a story about two women who have transcended time. Nobody has written about the tragedy of war with such imagination. It is wonderful and lively and sad and makes you nod in recognition' Kyung- sook Shin, Man Asian Prize winner of Please Look After Mom

'Marilyn and Me explores war and survival, grief and guilt, and our complicated relationship with beauty. This poetically translated, richly imagined novel provides a moving, thought-provoking glimpse into a fascinating moment in history.' Meg Waite Clayton, author of The Race for Paris

Ji-min Lee is a celebrated screenwriter in Korea and author of several novels.

Chi Young Kim is the Man Asian Prize winning translator of Please Look After Mom, The Hen Who Dreamed She Could Fly, The Good Son and many others.

GOR010191478
Marilyn and Me by Ji-min Lee
Ji-min Lee
Used - Like New
Hardback
HarperCollins Publishers
2019-06-17
176
0008322317
9780008322311
N/A
Book picture is for illustrative purposes only, actual binding, cover or edition may vary.
The book has been read, but looks new. The book cover has no visible wear, and the dust jacket is included if applicable. No missing or damaged pages, no tears, possible very minimal creasing, no underlining or highlighting of text, and no writing in the margins.