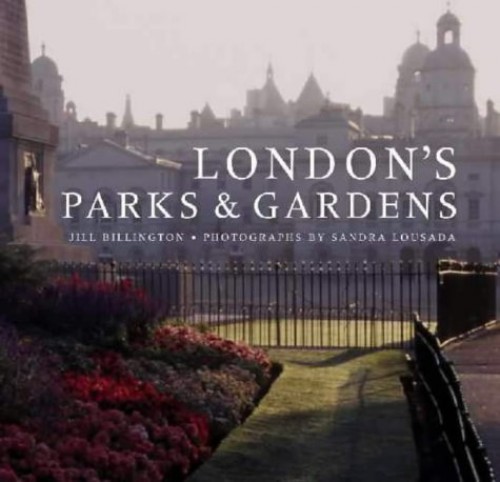 A guide to the plentiful green spaces of London - from public parks to window boxes - this book tells the stories behind how they came to be as they are today. Illustrated with 250 colour photographs.

This book takes the reader on a guided tour of London's public squares, community and allotment gardens, front gardens and window boxes - and the myriad and monumental public parks, from the grand formality of Hyde Park and Kensington Gardens to the wild heathland of Hampstead and the commons. Illustrated with photographs that capture all the diversity of London's green spaces, presenting a unique and fresh viewpoint on the familiar, crammed with intriguing information as well as practical details, this book is for for Londoners, gardeners and environmentalists, and for all visitors to the city.

Hidden amidst the overcrowded metropolis that is London is a surprisingly large number of green oases. Not just the obvious ones such as Hyde Park, Green Park and Hampstead Heath but smaller ones such as the beautiful ceanothus-clad Ecclestone Square, the brightly coloured planted pots on the riverboats alongside the canal at Little Venice or the ornate, over decadent waterfall at York House in Twickenham. Garden writer Jill Billington turns her hand admirably to the subject of garden history, tracing back the origins of each of these havens and analysing their continuing appeal. In conjunction with photographer Sandra Lousada, swapping theatre and fashion photography for that of garden, they tour the city from North to South, East to West, uncovering little gems of garden heaven. Sandra's photographs demonstrate a new talent in horticultural photography whilst Jill's readable yet intelligent writing makes the book a fascinating read for the general peruser or more learned gardener. For visitors to London or Londoners themselves, this is an excellent insight into one of the world's greenest cities. - Lucy Watson

Jill Billington is an accomplished garden designer and writer. She contributes regularly to the Royal Horticultural Society's journal The Garden and is the author of a string of successful books. She has also made numerous appearances on television, including BBC TV's Gardens by Design and BBC Gardeners' World. She is sought after as a judge for major shows including Chelsea and is a lecturer in garden design on the Degree course at Middlesex University.

Sandra Lousada is famous for her theatre photographs, her photographs of children, and her iconic portraits of such luminaries as Laurence Olivier, Joan Plowright, Vanessa Redgrave, Albert Finney and Julie Christie. Her photographs have illustrated many books, including, most recently, London's Parks and Gardens, by Jill Billington, and Hampstead Heath, by Deborah Wolton and David McDowall (both Frances Lincoln). Her book Public Faces Private Places: Portraits of Artists 1956-2008 will be published in September 2009, and will be accompanied by a major exhibition at the National Theatre.

GOR001980599
London's Parks and Gardens by Jill Billington
Jill Billington
Used - Very Good
Hardback
Frances Lincoln Publishers Ltd
2003-07-01
240
0711220395
9780711220393
N/A
Book picture is for illustrative purposes only, actual binding, cover or edition may vary.
This is a used book - there is no escaping the fact it has been read by someone else and it will show signs of wear and previous use. Overall we expect it to be in very good condition, but if you are not entirely satisfied please get in touch with us.