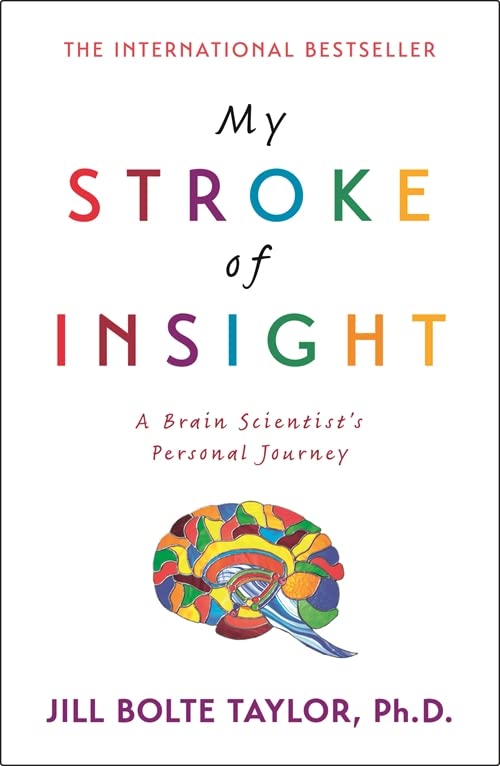 My Stroke of Insight
by Jill Bolte Taylor, Ph.D.

Out of Stock
$16.49
inc. GST
The international bestseller and recommended by medics, patients and the NHS, this is a brain scientist's personal experience of a stroke. It tells of her journey and gives rare insight into human consciousness and its possibilities for all of us
Very Good
Only 0 left

My Stroke of Insight Summary

My Stroke of Insight by Jill Bolte Taylor, Ph.D.

The astonishing international bestseller that chronicles how a brain scientist's own stroke led to enlightenment.

On the morning of the 10th December 1996, Jill Bolte Taylor, a thirty-seven-year-old Harvard-trained brain scientist experienced a massive stroke when a blood vessel exploded in the left side of her brain.

A neuroanatomist by profession, she observed her own mind completely deteriorate to the point that she lost the ability to walk, talk, read, write, or recall any of her life, all within the space of four hours. As the damaged left side of her brain - the rational, logical, detail and time-oriented side - swung in an out of function, Taylor alternated between two distinct and opposite realities: the euphoric Nirvana of the intuitive and emotional right brain, in which she felt a sense of complete well-being and peace; and the logical left brain, that realized Jill was having a stroke and enabled her to seek help before she was lost completely.

In My Stroke of Insight: A Brain Scientist's Personal Journey, Taylor brings to light a new perspective on the brain and its capacity for recovery that she gained through the intimate experience of awakening her own injured mind. The journey to recovery took eight years for Jill to feel completely healed. Using her knowledge of how the brain works, her respect for the cells composing her human form, and an amazing mother, Taylor completely repaired her mind and recalibrated her understanding of the world according to the insight gained from her right brain that December morning.

My Stroke of Insight Reviews

Jill Bolte Taylor, Ph.D. is a neuroanatomist affiliated with the Indiana University School of Medicine in Indianapolis. She is the national spokesperson for the mentally ill at the Harvard Brain Tissue Resource Center (Brain Bank) and the consulting neuroanatomist for the Midwest Proton Radiotherapy Institute. Jill Bolte Taylor was named as one of Time magazine's 100 Most Influential People in the World for 2008 and has been part of Oprah Winfrey's Soul Series, where Oprah invites inspirational thinkers on to her show to talk about matters of the soul. She lives in Bloomington, Indiana.

GOR001715101
My Stroke of Insight by Jill Bolte Taylor, Ph.D.
Jill Bolte Taylor, Ph.D.
Used - Very Good
Paperback
Hodder & Stoughton General Division
2009-02-01
192
0340980508
9780340980507
N/A
Book picture is for illustrative purposes only, actual binding, cover or edition may vary.
This is a used book - there is no escaping the fact it has been read by someone else and it will show signs of wear and previous use. Overall we expect it to be in very good condition, but if you are not entirely satisfied please get in touch with us.