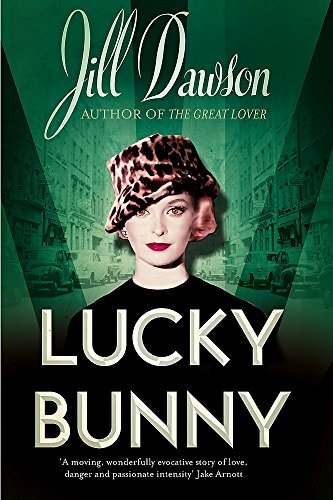 By the Orange Prize and Whitbread shortlisted author of FRED AND EDIE, the riveting and vivacious tale of a 20th-century Moll Flanders.

Crime is a man's business, so they say, though not according to Queenie Dove. A self-proclaimed genius when it comes to thieving and escape, she reckons she's done pretty well. Yes, she had a tough childhood in London's East End during the Depression, with a father in and out of prison. But she survived the Blitz, learned how to get by on her wits, and soon graduated from shoplifting to more glamorous crimes. Daring, clever and sexy, she thrived in the Soho of the Krays and the clubs of Mayfair, fell wildly in love, and got away with it all. Or did she?

For beneath Queenie's vivacious, unrepentant account lies another story - of punishment and loss, and a passionate relationship that turns sour. To the end, she believes she was lucky, but did she simply play the hand that fate dealt her? Vividly portraying the times and circles she moved in, Lucky Bunny captures an intriguing, engaging woman as it questions how far we are in control of our own lives.