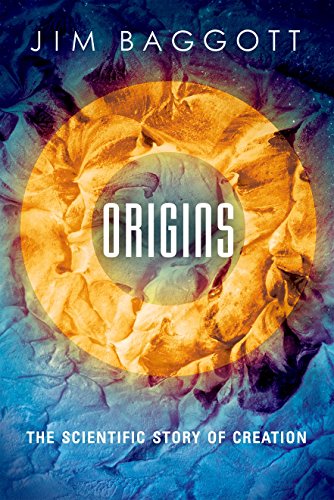 Out of Stock
$29.49
inc. GST
Jim Baggott sets out the scientific story of creation - 13.8 billion years from the Big Bang to human consciousness, via the origins of the space and time, mass and light, stars, the habitable earth, and life itself. From astrophysics to biology, the whole inspiring picture is here.
Very Good
Only 0 left

What is the nature of the material world? How does it work? What is the universe and how was it formed? What is life? Where do we come from and how did we evolve? How and why do we think? What does it mean to be human? How do we know? There are many different versions of our creation story. This book tells the version according to modern science. It is a unique account, starting at the Big Bang and travelling right up to the emergence of humans as conscious intelligent beings, 13.8 billion years later. Chapter by chapter, it sets out the current state of scientific knowledge: the origins of space and time; energy, mass, and light; galaxies, stars, and our sun; the habitable earth, and complex life itself. Drawing together the physical and biological sciences, Baggott recounts what we currently know of our history, highlighting the questions science has yet to answer.

I would recommend this book to anyone who wants to know the science behind the story of our universe. * Sabine Hossenfelder, Physics World *
Jim Baggott's Origins... recount[s] the greatest story ever told: the evolution of the Universe since the Big Bang. This rich crossdisciplinary tale reminds us that astronomy, physics, chemistry, geoscience, biology and neuro science are interconnected. Baggott takes the reader on a linear, 13.8-billion-year journey. His ... treatment abounds with excellent visuals. At its best, Origins reminds me of Richard Holmes's marvellous The Age of Wonder ... Sweeping scope and detailed description ... [Baggott] reminds us that big questions remain in this most wonderful scientific adventure. * Michael S. Turner, Nature *
Origins should be on everyone's bookshelves, whether or not they are a devotee of popular science. * Mark Greener, Fortean Times *
Origins is so clearly written, so engaging, so thought-provoking, that it wouldn't surprise me if it inspires a new generation to take up science. * Mark Greener, Fortean Times *
Jim Baggot has impressive mastery, not just of the physics and chemistry, but also of the other sciences that play roles in this story. The story this book tells is compelling, well written, and satisfying. * Richard A. Richards, The Quarterly Review of Biology, Volume 92 *
this guided tour through space, mass, time and energy is spectacular * Saga *
an impressive scientific tour-de-force, and a book which is perhaps itself a unique creation * Chemistry & Industry *
this book is a real tour de force ... it is exceptionally well informed and well written * Network Review *
The collective mind of humanity has made extraordinary progress in its quest to understand how the current richness of the physical world has emerged, and Baggott with his characteristic lucidity and erudition, has provided an enthralling account of this wonderful and still unfolding intellectual journey. * Peter Atkins *

Jim Baggott is a freelance science writer. He was a lecturer in chemistry at the University of Reading but left to work with Shell International Petroleum Company and then as an independent business consultant and trainer. His many books include Higgs: The Invention and Discovery of the 'God Particle' (OUP, 2012), A Quantum Story: A History in 40 Moments (OUP, 2011) and A Beginner's Guide to Reality (Penguin, 2005).

GOR007171434
Origins: The Scientific Story of Creation by Jim Baggott (Freelance science writer)
Jim Baggott (Freelance science writer)
Used - Very Good
Hardback
Oxford University Press
2015-10-08
432
0198707649
9780198707646
N/A
Book picture is for illustrative purposes only, actual binding, cover or edition may vary.
This is a used book - there is no escaping the fact it has been read by someone else and it will show signs of wear and previous use. Overall we expect it to be in very good condition, but if you are not entirely satisfied please get in touch with us.