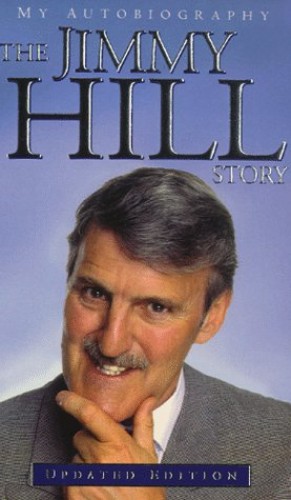 Out of Stock
$17.49
inc. GST
The absorbing, often revealing, and entertaining autobiography of a football icon.
Very Good
Only 0 left

The Jimmy Hill Story: On and Off the Field by Jimmy Hill

'In many ways Jimmy Hill was football. He was a true great of the game.' - Greg Dyke, Chairman of the Football Association

Jimmy Hill died on 19th December 2015 but very much remains a household name. Renowned for his outspoken views, recognised the world over by his famous profile, only he saw football from every side: as player, coach, manager, chairman, television executive and broadcaster.

A versatile player with Brentford and Fulham in the fifties, he was a qualified coach by the age of 24.

In the sixties his innovative management technique took Coventry from the bottom of the Third to the First Division, where they stayed for 32 years.

For over twenty years, at different times, he was a director and chairman of Coventry, Charlton and Fulham. As chairman of the Professional Footballers' Association he took on the authorities and successfully fought for freedom of contract and the abolition of the maximum wage.

But it is as a TV presenter that Jimmy became best known. After five years as Head of Sport at LWT, he moved to the BBC to become a national institution in the seventies and eighties on Match of the Day.

Tragically Jimmy Hill succumbed to Alzheimer's Disease in his last few years, A moving epilogue has been included which reflects on Jimmy's remarkable life.

Jimmy tells the story of his rise from humble beginnings to distinction both on and off the field with modesty and humour.

Jimmy Hill began his career as a footballer with Brentford and Fulham. Following stints at management level, he was Chairman of the PFA. He was later Head of Sport at LWT for five years, after which he moved to the BBC.

GOR003313901
The Jimmy Hill Story: On and Off the Field by Jimmy Hill
Jimmy Hill
Used - Very Good
Paperback
Hodder & Stoughton General Division
1999-07-01
352
0340717769
9780340717769
N/A
Book picture is for illustrative purposes only, actual binding, cover or edition may vary.
This is a used book - there is no escaping the fact it has been read by someone else and it will show signs of wear and previous use. Overall we expect it to be in very good condition, but if you are not entirely satisfied please get in touch with us.