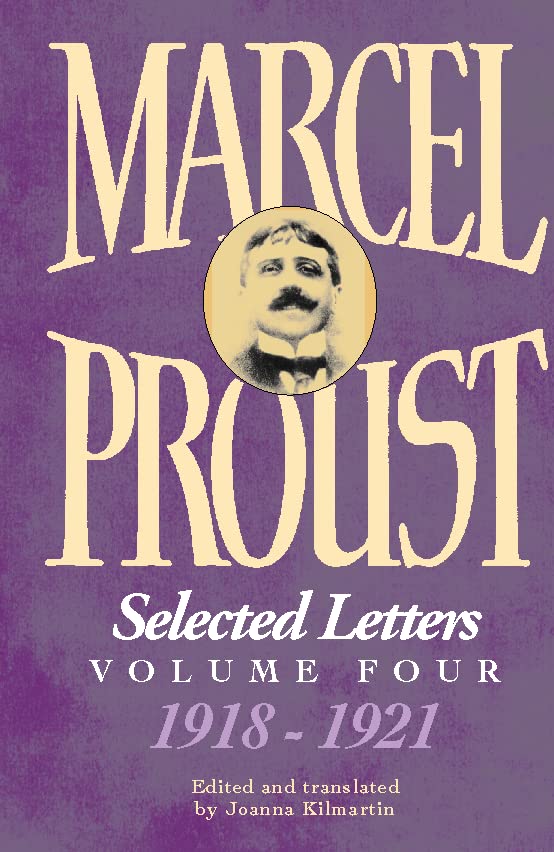 The final, moving volume of one of the greatest collections of correspondence in world literature. Foreword by Alain de Botton, author of How Proust Can Change your Life.

The final, moving volume of one of the greatest collections of correspondence in world literature. Foreword by Alain de Botton, author of How Proust Can Change your Life.

This final volume of the selected letters of Marcel Proust brings to an end one of the greatest and most moving collections of correspondence in world literature. It opens a few months before the last campaigns of the First World War and ends with Proust's premature death, at the age of fifty-two, in November 1922.

In his last years, ill and aware that death was fast approaching, Proust seldom left his apartment, working desperately to revise and complete his great novel, In Search of Lost Time, and to oversee the tortuous publication of its first volumes. Yet, although his illness and his absolute dedication to his work meant that his range of human contacts - previously so broad - became increasingly constricted, Proust remained a prolific and brilliant correspondent until the very end. Through his letters he reached out to his wide circle of friends and acquaintances, to critics and fellow writers, and those letters vividly demonstrate that his great humanity, wit and linguistic virtuosity remained undimmed by his isolation and his failing health. They provide an unrivalled picture of post-war French society by an enlightened an often prophetic observer, and reveal, among other things, why Proust was such a great comic writer.

As Joanna Kilmartin observes in her introduction to this volume, `Proust is as good company in his letters as he was in life: droll, mischievous, mercurial, his self-deprecation and ceremonious manners masking a formidable erudition.' In these letters, no less than in his fiction, the complexity and richness of Proust's character are explored and laid bare to a degree that few artists in any age have ever achieved. The publication of his selected letters in English completes the remarkable self-portrait provided by In Search of Lost Time.

Marcel Proust (1871-1922) was one of the handful of indisputably great writers of this century. Troubled by ill-health throughout his life, he largely withdrew from society in 1907, to work on his incomparable 16-volume novel In Search of Lost Time. He lived long enough to see the publication of its first volumes, and to experience its universal reception as a work of genius.

GOR011139193
Selected Letters of Marcel Proust: Volume Four, 1918-1921 by Joanna Kilmartin
Joanna Kilmartin
Used - Well Read
Hardback
HarperCollins Publishers
2000-01-17
528
0002570327
9780002570329
N/A
Book picture is for illustrative purposes only, actual binding, cover or edition may vary.
This is a used book. We do our best to provide good quality books for you to read, but there is no escaping the fact that it has been owned and read by someone else previously. Therefore it will show signs of wear and may be an ex library book
Trustpilot