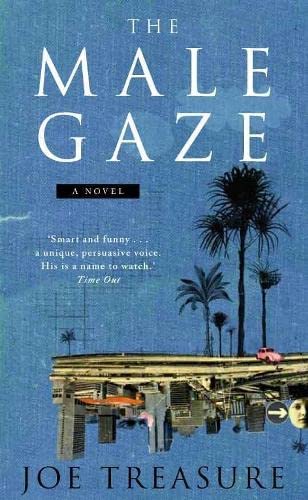 David Parker is adrift in a city that runs on self-belief. New to Los Angeles, and alienated by the brash voices, the bronzed bodies, the mayhem of traffic, he misses London and finds himself unable to work on his book. He'd say he had writer's block if it weren't just an RE course for fourteen-year-olds. To make matters worse, he feels he's losing his wife, Rebecca, who is disturbingly eager to adapt to their new life.

After a party one night in the Hollywood Hills, David is drawn into an exotic circle of friends. Astrid, wanting to understand Islam from the inside, has bought herself a burka on eBay. Mo is developing a maverick style of film therapy. Natalie, sad and soulful, claims she could hide under water as a child. But then one night, while David watches, she slips under the treacherous waves on Malibu beach. Her death has him following a trail of videotapes that exposes secret connections and leads to temptations and consequences for which he is entirely unprepared.

The Male Gaze cuts through the clamour of broadcast media and the excesses of metropolitan culture to reflect on a world that seems to be spinning out of control. Written with poise, wit and clarity, it is a subtle exploration of intimacy and betrayal, of the fear of exposure and the forces of attraction, of what fragments us and what binds us together, and it marks the arrival of an assured and distinctive new voice.

`Smart and funny . . . a unique persuasive voice. His is a name to watch.' Time Out

Joe Treasure studied English at Oxford and went to Los Angeles on a Fulbright scholarship. He is a graduate of the Royal Holloway MA course in creative writing, where he was taught by Andrew Motion. He now divides his time between Santa Barbara and London.

GOR003010458
Male Gaze by Joe Treasure
Joe Treasure
Used - Very Good
Hardback
Pan Macmillan
2007-04-20
320
0330448307
9780330448307
N/A
Book picture is for illustrative purposes only, actual binding, cover or edition may vary.
This is a used book - there is no escaping the fact it has been read by someone else and it will show signs of wear and previous use. Overall we expect it to be in very good condition, but if you are not entirely satisfied please get in touch with us.