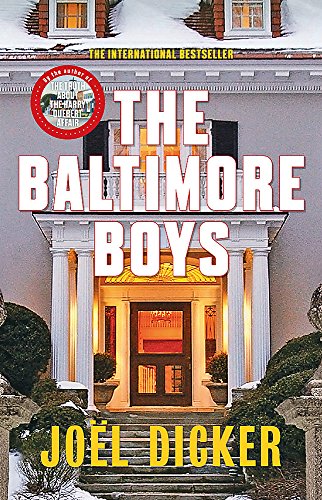 The Baltimore Boys by Joel Dicker

The Baltimore Boys by Joel Dicker

Fresh from the staggering success of The Truth about the Harry Quebert Affair, Marcus Goldman is struggling to write his third novel. A chance encounter in Florida throws him some inspiration from a surprising source: Alexandra Neville, the beautiful, phenomenally successful singer and Marcus's first love. All at once, memories of his childhood come flooding back. Memories of a family torn apart by tragedy, and a once glorious legacy reduced to shame and ruin.

The Baltimore Boys. The Goldman Gang. That was what they called Marcus, and his cousins Hillel and Woody. Three brilliant young men with their whole lives ahead of them, before their kingdom crumbled beneath the weight of lies, jealousy and betrayal. For years, Marcus has struggled with the burdens of his past, but now, he must attempt to banish his demons and tell the real story of the Baltimore Boys.

Translated from the French by Alison Anderson

Sweeping, clever, heartbreaking and memorable. The perfect summer read -- Henrietta Richman * Grazia *
Veers between nostalgia for what could have been and regrets for what can never be. Captivating and beautifully conceived -- Pascale Frey * Elle *

A striking insight into America's weird class system, and a moving
story of brotherhood and family rivalry