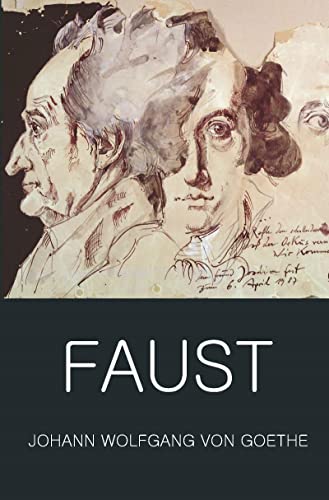 Based on the fable of a man who traded his soul for superhuman powers and knowledge, this text became the life work of Germany's greatest poet, Goethe. It is the dramatic poem that charts the life of a deeply flawed individual and his fight against despair and the nihilism of the Mephistopheles.

Faust: A Tragedy In Two Parts with The Urfaust by Johann Wolfgang von Goethe

Translated, with an Introduction and Notes by John R. Williams.

Goethe's Faust is a classic of European literature. Based on the fable of the man who traded his soul for superhuman powers and knowledge, it became the life's work of Germany's greatest poet. Beginning with an intriguing wager between God and Satan, it charts the life of a deeply flawed individual and his struggle against the nihilism of his diabolical companion Mephistopheles.

Part One presents Faust's pact with the Devil and the harrowing tragedy of his love affair with the young Gretchen. Part Two shows Faust's experience in the world of public affairs, including his encounter with Helen of Troy, the emblem of classical beauty and culture. The whole is a symbolic and panoramic commentary on the human condition and on modern European history and civilisation.

This new translation of both parts of Faust preserves the poetic character of the original, its tragic pathos and hilarious comedy. In addition, John Williams has translated the Urfaust, a fascinating glimpse into the young Goethe's imagination, and a selection from the draft scenarios for the Walpurgis Night witches' sabbath - material so ribald and blasphemous that Goethe did not dare publish it.

GOR001251178
9781840221152
1840221151
Faust: A Tragedy In Two Parts with The Urfaust by Johann Wolfgang von Goethe
Johann Wolfgang von Goethe
Wordsworth Classics of World Literature
Used - Very Good
Paperback
Wordsworth Editions Ltd
1999-11-01
496
N/A
Book picture is for illustrative purposes only, actual binding, cover or edition may vary.
This is a used book - there is no escaping the fact it has been read by someone else and it will show signs of wear and previous use. Overall we expect it to be in very good condition, but if you are not entirely satisfied please get in touch with us
Trustpilot