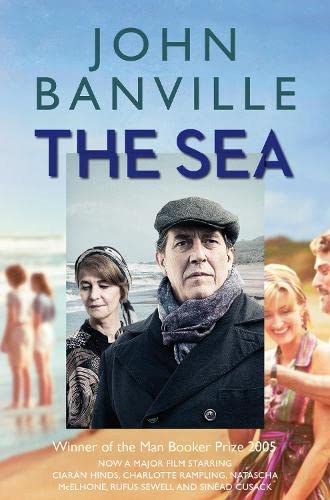 When Max Morden returns to the seaside village where he once spent a childhood holiday, he is both escaping from a recent loss and confronting a distant trauma. Mr and Mrs Grace and their twin children Myles and Chloe appeared that long-ago summer as if from another world. Max grew to know them intricately, even intimately, and what ensued would haunt him for the rest of his years, shaping everything that was to follow.

'His best novel so far ... They are like hits of some delicious drug, these sentences' Daily Telegraph 'Remarkable ... a real work of art, disquieting, beautiful, intelligent' Allan Massie, Scotsman 'You can smell and feel and see his world with extraordinary clarity. It is a work of art' Rick Gekoski, The Times

John Banville was born in Wexford, Ireland, in 1945. He is the author of many highly acclaimed and prize-winning novels including The Sea, which won the 2005 Booker Prize. He has been awarded the Franz Kafka Prize and a literary award from the Lannan Foundation. He lives in Dublin.

GOR005272748
The Sea (film tie-in) by John Banville
John Banville
Used - Very Good
Paperback
Pan Macmillan
2013-08-01
272
1447249496
9781447249498
Winner of The Man Booker Prize 2005
Book picture is for illustrative purposes only, actual binding, cover or edition may vary.
This is a used book - there is no escaping the fact it has been read by someone else and it will show signs of wear and previous use. Overall we expect it to be in very good condition, but if you are not entirely satisfied please get in touch with us.