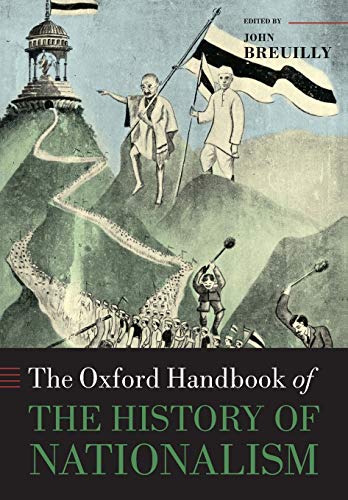 Thirty-six essays by a team of leading scholars providing a global coverage of the history of nationalism in its different aspects - its ideas, its sentiments, and its politics.

The Oxford Handbook of the History of Nationalism comprises thirty six essays by an international team of leading scholars, providing a global coverage of the history of nationalism in its different aspects - ideas, sentiments, and politics. Every chapter takes the form of an interpretative essay which, by a combination of thematic focus, comparison, and regional perspective, enables the reader to understand nationalism as a distinct and global historical subject. The book covers the emergence of nationalist ideas, sentiments, and cultural movements before the formation of a world of nation-states as well as nationalist politics before and after the era of the nation-state, with chapters covering Europe, the Middle East, North-East Asia, South Asia, Southeast Asia, sub-Saharan Africa, and the Americas. Essays on everday national sentiment and race ideas in fascism are accompanied by chapters on nationalist movements opposed to existing nation-states, nationalism and international relations, and the role of external intervention into nationalist disputes within states. In addition, the book looks at the major challenges to nationalism: international socialism, religion, pan-nationalism, and globalization, before a final section considering how historians have approached the subject of nationalism. Taken separately, the chapters in this Handbook will deepen understanding of nationalism in particular times and places; taken together they will enable the reader to see nationalism as a distinct subject in modern world history.
an impressive volume of easy-to-read, clear and concise essays ... an extremely thorough and illuminating book. * Gilles Andreani, Survival *
All students of nationalism will want to possess this volume. Not only are the individual contributions excellent, with useful up-to-date bibliographies, but there is a bonus in the form of helpful chronologies and maps showing the worldwide spread of nationalism. * Krishan Kumar, International Affairs *
Taken at once, the book juxtaposes advances from numerous regional and thematic subfields to open up theoretical vistas for specialists. At the same time, its chapters decorate this theoretical tableau with rich detail. As such the book will engage both students and lay readers. * Eric Kaufmann, LSE Review of Books *
John Breuilly is Professor of Nationalism and Ethnicity at the London School of Economics. His main interests are in the history and theory of nationalism and in modern European, especially German history. Recent book publications include Austria, Prussia and the Making of Modern Germany, 1806-1871 (2011), Nationalism, Power and Modernity in Nineteenth-Century Germany (2007), and articles and chapters on charismatic leadership and nationalism and on nationalism and global history. He is currently working on a book on the global history of nationalism, also to be published by Oxford University Press.
PART I: THE EMERGENCE OF NATIONALISM: IDEAS AND SENTIMENTS; PART II: THE EMERGENCE OF NATIONALISM: POLITICS AND POWER; PART III: NATIONALISM IN A WORLD OF NATION STATES: POLITICS AND POWER; PART IV: NATIONALISM IN A WORLD OF NATION STATES: IDEAS, SENTIMENTS, AND INTERNATIONAL RELATIONS; PART V: CHALLENGES TO THE WORLD OF NATION STATES; PART VI: NATIONALIST HISTORIOGRAPHY
NLS9780198768203
9780198768203
0198768206
The Oxford Handbook of the History of Nationalism by John Breuilly (Professor of Nationalism and Ethnicity, Professor of Nationalism and Ethnicity, London School of Economics)
John Breuilly (Professor of Nationalism and Ethnicity, Professor of Nationalism and Ethnicity, London School of Economics)
Oxford Handbooks
New
Paperback
Oxford University Press
2016-04-28
824
N/A
Book picture is for illustrative purposes only, actual binding, cover or edition may vary.
This is a new book - be the first to read this copy. With untouched pages and a perfect binding, your brand new copy is ready to be opened for the first time
Trustpilot