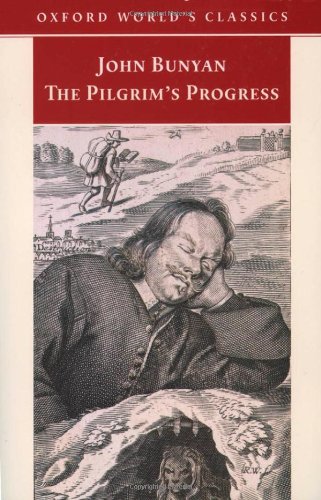 Used Price
$14.49
inc. GST
Free Shipping in Australia
This edition of 'The Pilgrim's Progress', with original illustrations, is a founding text in the development of the English novel. Its vivid telling, psychological realism and the simplicity of the prose makes the story of Christian and his journey through the Slough of Despond to the Celestial City of universal appeal.
Reviews:
Trustpilot
Very Good

The Pilgrim's Progress by John Bunyan

'As I walk'd through the wilderness of this world, I lighted on a certain place, where was a Denn; And I laid me down in that place to sleep: And as I slept I dreamed a Dream.' So begins one of the best-loved and most widely read books in English literature.

This new edition does full justice to the text for modern readers. The notes are helpful and scholarly. The introduction is warm and up to date. This is now the best reading edition available. Roger Pooley, Keele University

W. R. Owens's publications include two volumes in the Oxford edition of The Miscellaneous Works of John Bunyan (1994) and a co-edited collection of essays, John Bunyan and his England 1628-88 (1990). He is co-editor, with P. N. Furbank, of The Canonisation of Daniel Defoe (1988), Defoe De-Attributions(1994), and A Critical Bibliography of Daniel Defoe(1998). They are joint editors of The Works of Daniel Defoe (44 vols., in progress).

GOR001277653
The Pilgrim's Progress by John Bunyan
John Bunyan
Oxford World's Classics
Used - Very Good
Paperback
Oxford University Press
2003-10-09
400
0192803611
9780192803610
N/A
Book picture is for illustrative purposes only, actual binding, cover or edition may vary.
This is a used book - there is no escaping the fact it has been read by someone else and it will show signs of wear and previous use. Overall we expect it to be in very good condition, but if you are not entirely satisfied please get in touch with us.