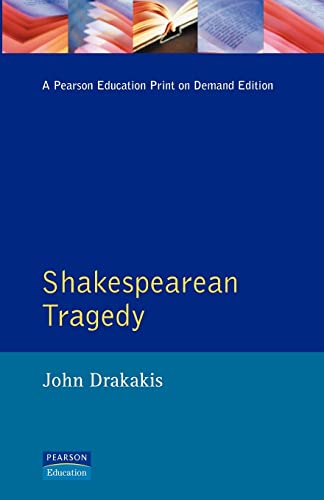 Out of Stock
$33.99
inc. GST
The outlines of contemporary critical theory are now often taught as a standard feature of a degree in literary studies. This text aims to explore the theoretical issues and conflicts embodied in the essays selected and locates areas of disagreement between positions.
Very Good
Only 0 left

Shakespearean Tragedy brings together fifteen major contemporary essays on individual plays and the genre as a whole. Each piece has been carefully chosen as a key intervention in its own right and as a representative of an influential critical approach to the genre. The collection as a whole, therefore, provides both a guide and explanation to the various ways in which contemporary criticism has determined our understanding of the tragedies, and the opportunity for assessing the wider issues such criticism raises.

The collection begins by considering the impact of social semiotics on approaches to the tragedies, before moving on to deal, in turn, with the various forms of Marxist criticism, New Historicism, Cultural Materialism, Feminism, Psychoanalysis, and Poststructuralism.


Why buy from World of Books

"The cumulative effect of these essays is to destabalise the apparent firmness and cohesion of the concept of 'tragedy' itself, to liberate the texts of Shakespearian drama from such universalising categories, and to return the texts to history, to criticism and to theory." - Times Educational Supplement

GOR001708584
Shakespearean Tragedy by John Drakakis
John Drakakis
Longman Critical Readers
Used - Very Good
Paperback
Taylor & Francis Ltd
1991-12-02
446
0582051142
9780582051140
N/A
Book picture is for illustrative purposes only, actual binding, cover or edition may vary.
This is a used book - there is no escaping the fact it has been read by someone else and it will show signs of wear and previous use. Overall we expect it to be in very good condition, but if you are not entirely satisfied please get in touch with us.