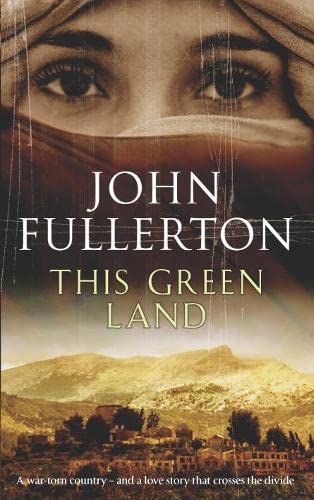 This Green Land
by John Fullerton

Used Price
$13.69
inc. GST
Free Shipping in Australia
Set in Beirut, this is an astonishing novel of love, drama and intrigue set against the backdrop of civil warfare in the Lebanon.
Reviews:
Trustpilot
Very Good

This Green Land by John Fullerton

Reem is twenty, bright and strikingly attractive. Nick is twenty-seven and, on his first posting abroad to a beautiful country torn apart by war, he is determined to make the world a better place. And though it seems a stroke of remarkably good fortune, it is by no means an accident when they meet in a fashionable bar, for Reem is a newly-trained terrorist, and has been sent out deliberately to distract Nick.

Nick has what Reem needs: access out of the city's besieged western sector, and to a notorious rightwing warlord who has his sights set on the country's presidency. For Reem, the fight is personal; she has lost both her family and her home, everything she has ever valued. So she volunteers for the ultimate mission: a suicide attack. And once Nick understands the truth, he needs to make a choice - to follow his heart, or carry out what his contacts at the British embassy insist is his duty.

John Fullerton writes about war, espionage, duty and conscience. Choosing exotic settings from his experiences as a Reuters correspondent, from Afghanistan and Bosnia to Lebanon and South Africa, he portrays the lone individual up against forces much more powerful than himself or herself, and the struggle for survival that inevitably ensues. He is the author of four novels, THE MONKEY HOUSE, A HOSTILE PLACE, THIS GREEN LAND and WHITE BOYS DON'T CRY.

GOR003582192
This Green Land by John Fullerton
John Fullerton
Used - Very Good
Paperback
Pan Macmillan
2005-08-05
416
0330419765
9780330419765
N/A
Book picture is for illustrative purposes only, actual binding, cover or edition may vary.
This is a used book - there is no escaping the fact it has been read by someone else and it will show signs of wear and previous use. Overall we expect it to be in very good condition, but if you are not entirely satisfied please get in touch with us.