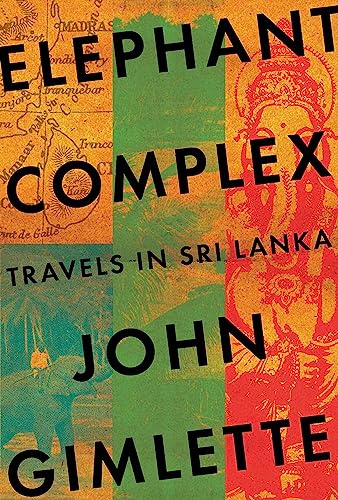 In Stock
$23.49
inc. GST
A Spectator Book of the Year 2015. From Ceylon to the Tamil Tigers, the first in-depth account of Sri Lanka by an award-winning travel writer.
Very Good Good
10 in stock

A gripping account of an under-reported island' Spectator, Book of the Year
'[A] brilliant new book about an island that has a geography from heaven and a history from hell' Daily Telegraph
'A brilliant work of travel, history and psychological insight . . . astute and sympathetic . . . very funny' Wall Street Journal
Everyone has wanted a piece of paradise
John Gimlette - winner of the Dolman Prize and the Shiva Naipaul Prize for Travel Writing - is the kind of traveller you'd want by your side. Whether hacking a centuries-old path through the jungle, interrogating the surviving members of the Tamil Tigers or observing the stranger social mores of Colombo's city life, he brings his own unique insight to the page: a treasure-chest of research and a gift for wry amusement. Through him, Sri Lanka - all at once dazzling, strange, conflicted and beautiful - comes to life as never before.

The reader in search of a thoughtful adventure is in good hands. Gimlette brings a brisk barrister-like inquisition to proceedings, allied with amiable good humour and a searching interest in the history of peoples and places . . . Intrepid to the last, Gimlette wanders among mountains and jungles, drawing his journey to a close among the wreckage of the civil war . . . Rich in humour, full of insight and humanity, Elephant Complex is a very fine tribute to this enigmatic island nation * Spectator *
Brilliant . . . It displays his gift for graphic imagery and his eye for the absurd. But it is, perhaps, his darkest book yet . . . Along with the swimming trunks and the sunblock, I'd pack a copy of Elephant Complex * Telegraph *
A gripping account of an under-reported island -- Sara Wheeler * Spectator, Book of the Year *
Insightful and interesting . . . holistic observation of humanity as entalged in acryptic webbing of mortality, immortality and matter that Gimlette offers us . . . The great appeal of this book is that we travel alongside him * Ceylon Today *
A quest to understand the country, and not a mere description of it. This is what sets the book apart from the legion of Ceylon and Sri Lanka travelogues. . . Sri Lankans themselves will find Gimlette's renditions of places from Colombo to the desolate Wanni inspiring and evocative . . . While many travel writers on Ceylon often tended to trim and twist the country to fit it into their own neat narrative, Gimlette does not hide the incongruities and bafflements he encountered * Sri Lanka Sunday Times *
Book of the Year: The 'elephant complex' of the title refers to ancient paths that the creatures have always followed on the island. Gimlette believes he must trace similar historical paths to get under the skin of Sri Lanka. He does so with wit and the occasional scrape with the authorities * The Times *
An intrepid journey to the famously reclusive island unearths a paradise amid trauma and obfuscation . . . An effortless, elegant writer, Gimlette chronicles the stories of these truculent, traumatized people . . . An exuberant, eye-opening travel quest * Kirkus *
As for Mr. Gimlette, it is hard to think of a more astute and sympathetic companion for a journey around the island and into Sri Lanka's episodic bouts of madness. He is beguiled by the place and its people, for a start. He writes beautifully, all freshness and verve. And he is also very funny * Wall Street Journal *
To read Elephant Complex is to get the most accurate and thorough modern history of Sri Lanka - and to read it is to understand what it is that makes it so magical, in spite of its recent ugliness. -- Kristin Fritz * Everyday ebook *
He brings the open mind, the erudition and the eye for telling detail . . . no rogue is denied a fair hearing; no hint of the absurd escapes his attention and no metaphor misfires . . . Admirable in its candour . . . Elephant Complex has a sting in its tail -- John Keay * Times Literary Supplement *
Travel books by writer, barrister and Londoner John Gimlette win praise for their witty, detailed adventures, drawing on local characters he meets * The Guardian *
Witty, detailed adventures, drawing on local characters he meets . . . Gimlette hears from ex-presidents, tea-planters, terrorists and pilgrims, exploring the country from the capital, Colombo, to the ancient reservoirs that attract the island's thousands of wild elephants * Guardian, Best New Travel Books *

John Gimlette is the winner of the Shiva Naipaul Prize for Travel Writing. He crossed the Soviet Union at the age of seventeen, worked in Argentina on the eve of war and has travelled to over eighty countries. He has published four previous books: At the Tomb of the Inflatable Pig, Theatre of Fish, Panther Soup and Wild Coast (winner of the Dolman Travel Book Prize) which have all featured on Radio 4, and contributes articles and photographs to various newspapers and magazines. He lives in London where he practices as a barrister.

GOR007646714
Elephant Complex by John Gimlette
John Gimlette
Used - Very Good
Paperback
Quercus Publishing
2016-08-04
528
178206799X
9781782067993
N/A
Book picture is for illustrative purposes only, actual binding, cover or edition may vary.
This is a used book - there is no escaping the fact it has been read by someone else and it will show signs of wear and previous use. Overall we expect it to be in very good condition, but if you are not entirely satisfied please get in touch with us.