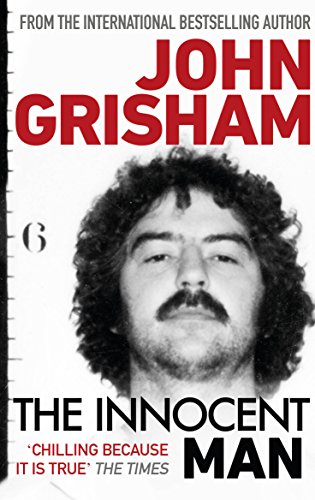 The Innocent Man
by John Grisham

The Innocent Man by John Grisham

John Grisham's first work of non-fiction, an exploration of small town justice gone terribly awry, is his most extraordinary legal thriller yet. In the major league draft of 1971, the first player chosen from the State of Oklahoma was Ron Williamson. When he signed with the Oakland A's, he said goodbye to his hometown of Ada and left to pursue his dreams of big league glory. Six years later he was back, his dreams broken by a bad arm and bad habits - drinking, drugs and women. He began to show signs of mental illness. Unable to keep a job, he moved in with his mother and slept 20 hours a day on her sofa. In 1982, a 21 year-old cocktail waitress in Ada named Debra Sue Carter was raped and murdered, and for five years the police could not solve the crime. For reasons that were never clear, they suspected Ron Williamson and his friend Dennis Fritz. The two were finally arrested in 1987 and charged with capital murder. With no physical evidence, the prosecution's case was built on junk science and the testimony of jaihouse snitches and convicts. Dennis Fritz was found guilty and given a life sentence. Ron Williamson was sent to Death Row. If you believe that in America you are innocent until proven guilty, this book will shock you. If you believe in the death penalty, this book will disturb you. If you believe the criminal justice system is fair, this book will infuriate you.

"A true story, very well told - a true Grisham classic" * London Evening Standard *
"A true story, very well told" * i *
"horrifying, but gripping" * EVENT magazine, The Mail on Sunday *
"Such strong emotions are, for me at least, the sign that a True Crime book has done a complete and comprehensive job of telling the story. I think the book will have wide appeal. Fans of John Grisham's fiction will not be disappointed and should definitely be enticed to make the move to his non-fiction. For those readers interested in the American justice system and the question of Death Row then I believe this book offers a close look into the inner machinations of that system. And for lovers of True Crime - like me, then this book is most certainly up there with some of the better ones I have read." 4 1/2 star review" * TheBookbag.co.uk *
"carefully plotted, absorbing" * Real Crime *

John Grisham is the author of thirty-five bestselling novels, the international number one non-fiction debut The Innocent Man and a series of short stories entitled Ford County. He lives with his family in Virginia and Mississippi.

GOR000268325
The Innocent Man by John Grisham
John Grisham
Used - Very Good
Paperback
Cornerstone
2007-07-02
528
0099493578
9780099493570
N/A
Book picture is for illustrative purposes only, actual binding, cover or edition may vary.
This is a used book - there is no escaping the fact it has been read by someone else and it will show signs of wear and previous use. Overall we expect it to be in very good condition, but if you are not entirely satisfied please get in touch with us.