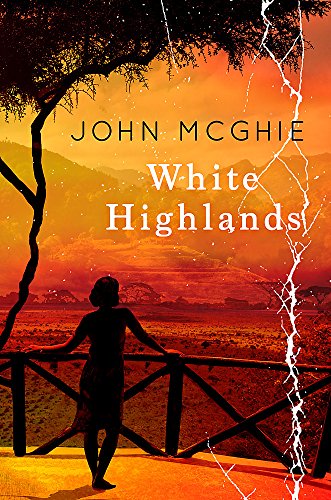 
'Remarkable and redemptive . . . like the best of John le Carre' A. L. Kennedy

Kenya, 1952, a colony on the edge. Settlers drink sundowners on the veranda but the servants can't be trusted. Beyond manicured lawns, in the dark of the forest, freedom is stirring.

Johnny Seymour has seen too much war and seeks solace photographing East African wildlife. But when isolated white families are slaughtered by Mau Mau gangs, the British respond brutally and Johnny is reluctantly pulled into the horror.

After his African driver Macharia disappears, Johnny is forced to confront shocking truths about his own country and ask how far he'll go to help a friend.

Nearly sixty years later, disgraced young barrister Sam Seymour knows nothing about her grandfather. Even his name is taboo. All she understands is that Johnny did something so awful that his only son - her father - had to be rescued from Kenya.

Now as veteran Mau Mau fighters demand reparations for past sins, she's been offered a chance to unpeel history and discover why.

In a narrative spanning the generations, White Highlands follows Sam and Johnny as they confront the might of the British state. One man stands in both their way - Grogan Littleboy, a ruthless colonial survivor who'll do anything to defeat Mau Mau, past and present.

A startlingly original novel set in both the present day and Kenya in the 1950s during the Mau Mau uprising - one of the least known and darkest episodes in British colonial history.

Remarkable and redemptive . . . like the best of John le Carre -- A. L. Kennedy

John McGhie has been an investigative journalist for the BBC, Channel Four News and the Observer, where he was Political Correspondent. He made the highly-acclaimed BBC documentary about Mau Mau, White Terror.

GOR008213965
White Highlands by John McGhie
John McGhie
Used - Like New
Hardback
Little, Brown Book Group
2017-04-06
432
1408708566
9781408708569
N/A
Book picture is for illustrative purposes only, actual binding, cover or edition may vary.
The book has been read, but looks new. The book cover has no visible wear, and the dust jacket is included if applicable. No missing or damaged pages, no tears, possible very minimal creasing, no underlining or highlighting of text, and no writing in the margins.