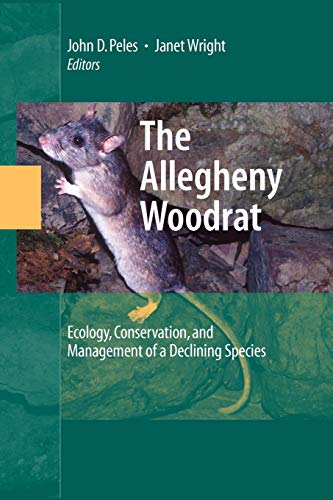 The Allegheny Woodrat by John Peles

The Allegheny Woodrat: Ecology, Conservation, and Management of a Declining Species by John Peles

A decline in populations of Allegheny woodrats (Neotoma magister) was first noticed in the 1980s. Since that time, woodrats have become extirpated from at least two states and have declined dramatically in several others. Recent evidence suggests that the decline of this species may be proceeding further south to include states where woodrat populations were previously considered to be stable.

The Allegheny Woodrat: Ecology, Conservation, and Management of a Declining Species provides a comprehensive summary of research conducted over the past twenty-five years. The book integrates the results of this research into a comprehensive picture of the ecological requirements, conservation principles, and management strategies for this declining species. In addition, general principles learned from the study of woodrats are applied to the conservation and management of other declining species, including other species of Neotoma.

The editors and chapter authors are researchers from both academic settings and state management agencies, individuals who have contributed significantly to the study of Allegheny woodrats during the past two decades. The book will be of interest to ecologists, conservation biologists, wildlife professionals, and students.