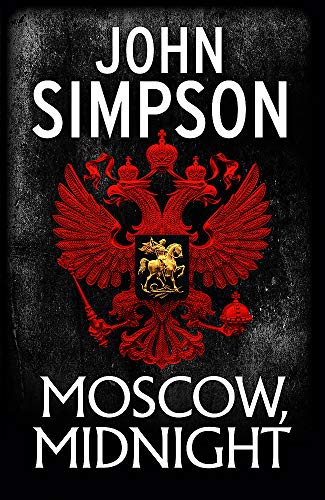 In Stock
$18.99
inc. GST
The revelatory thriller from the much-admired and million copy-selling journalist
Very Good
8 in stock

MP Patrick Macready has been found dead in his flat. The coroner rules it an accident, a sex game gone wrong.

Jon Swift is from the old stock of journos - cynical, cantankerous and overweight - and something about his friend's death doesn't seem right. Then days after Macready's flat is apparently burgled, Swift discovers that his friend had been researching a string of Russian government figures who had met similarly 'accidental' fates.

When the police refuse to investigate further, Swift gets in touch with his contacts in Moscow, determined to find out if his hunch is correct. Following the lead, he is soon drawn into a violent underworld, where whispers of conspiracies, assassinations and double-agents start blurring the line between friend and foe.

But the truth will come at a price, and it may cost him everything.

An entertaining, often funny account of the murder of an insignificant MP, the solution to which eventually leads to Moscow. The novel's pleasure lies with its voluble louche narrator, Jon Swift, a down-on-his-luck television presenter who was friends with the dead politician * The Times *
A contemporary, topical murder mystery that marks John Simpson's emphatic return to fiction * Radio Times *
An engaging yarn with a strong, sometimes mischievous autobiographical element * Sunday Times *
This engaging, rip-roaring story about a TV reporter who investigates the death of a government minister friend reveals Simpson's quirkier, more mischievous side . . . told with a wry, tongue-in-cheek style that delights * Daily Mail *
Simpson knows his stuff, obviously, and his plotting is strewn with expert analysis of international affairs and insider knowledge of journalistic practice: all very entertaining * Spectator *

John Simpson has been the BBC's World Affairs Editor for more than half his fifty-two-year career. In his time with the BBC, he has reported on major events all over the world, and was made a CBE in the Gulf War honours list in 1991. He has twice been the Royal Television Society's Journalist of the Year, and has won three BAFTAs, a News and Current Affairs award and an Emmy. He lives in Oxford.

GOR009279309
Moscow, Midnight by John Simpson
John Simpson
Used - Very Good
Hardback
Hodder & Stoughton General Division
2018-10-04
336
1473674492
9781473674493
N/A
Book picture is for illustrative purposes only, actual binding, cover or edition may vary.
This is a used book - there is no escaping the fact it has been read by someone else and it will show signs of wear and previous use. Overall we expect it to be in very good condition, but if you are not entirely satisfied please get in touch with us.