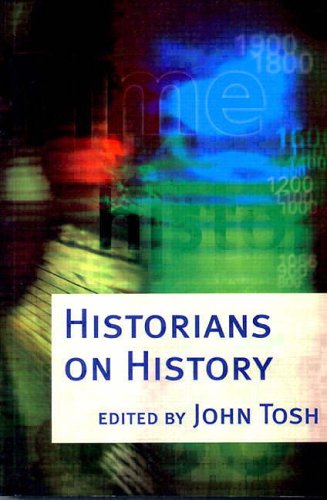 Historians on History
by John Tosh

Out of Stock
$19.49
inc. GST
Bringing together the key writings of the major historians of the last century, and providing the core reading for all History and Theory courses, this reader illuminates the political, social and personal assumptions which have governed and sustained historical practice and theory.
Very Good
Only 0 left

Historians on History by John Tosh

This Reader brings together the key writings of the major historians of the last century. They illuminate the political, social and personal assumptions which have governed and sustained historical practice and theory. The book also brings into focus the key historiographic trends since World War Two. Key themes which are highlighted include: - The role of sources - The nation - Marxism - Radicalism - Structural history - Gender - Race - Statistics and economics Ranging widely from the earlier traditions and schools to the wake of postmodernism, authors represented include Braudel, Zeldin, Elton Carr, Hobsbawm, Joyce and Evans. This Reader provides the core reading for all History and Theory courses and will promote further debate across cognate disciplines including philosophy and literature.

John Tosh Professor of history at the Univerity of Surrey, Roehampton and is the author of The Pursuit of History for Longman.

Acknowledgements. A Note on the Text. Introduction. I. HISTORY FOR ITS OWN SAKE. 1. Fidelity to the sources. 2. Empathy and imagination. II. POLITICAL HISTORIES. 3. History as progress. 4. The Nation. 5. Marxism. III. THE NEW RADICALISM. 6. People's History. 7. Gender. 8. Race. IV. LEARNING FROM HISTORY. 9. Persistence and change. 10. Beyond Stereotypes. 11. Qualified predictions. V. HISTORY AS SOCIAL SCIENCE. 12. New questions, new concepts. 13. The Authority of Numbers. 14. Reactions. VI. THE IMPACT OF POSTMODERNISM. 15. The assault on historicism. 16. The Backlash. 17. Assimilation and synthesis. VII. BEYOND ACADEMIA. Index.

GOR001728457
Historians on History by John Tosh
John Tosh
Used - Very Good
Paperback
Pearson Education Limited
2000-08-11
360
0582357950
9780582357952
N/A
Book picture is for illustrative purposes only, actual binding, cover or edition may vary.
This is a used book - there is no escaping the fact it has been read by someone else and it will show signs of wear and previous use. Overall we expect it to be in very good condition, but if you are not entirely satisfied please get in touch with us.