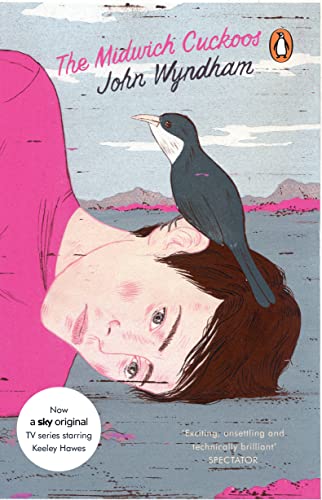 The Midwich Cuckoos
by John Wyndham

In Stock
17,49 $
inc. GST
In the English village of Midwich, a silver object appears and all the inhabitants fall unconscious. A day later the object is gone and everyone awakens unharmed - except that all the women in the village are pregnant. This book offers a tale of aliens, exploring how we respond when confronted by those who are innately superior to us in every way.
Very Good Good Well Read
Only 3 left

In the sleepy English village of Midwich, a mysterious silver object appears and all the inhabitants fall unconscious. A day later the object is gone and everyone awakens unharmed - except that all the women in the village are discovered to be pregnant.

The resultant children of Midwich do not belong to their parents: all are blonde, all are golden eyed. They grow up too fast and their minds exhibit frightening abilities that give them control over others and brings them into conflict with the villagers just as a chilling realisation dawns on the world outside . . .

The Midwich Cuckoos is the classic tale of aliens in our midst, exploring how we respond when confronted by those who are innately superior to us in every conceivable way.

John Wyndham Parkes Lucas Benyon Harris was born in 1903, the son of a barrister. He tried a number of careers including farming, law, commercial art and advertising, and started writing short stories, intended for sale, in 1925. From 1930 to 1939 he wrote short stories of various kinds under different names, almost exclusively for American publications, while also writing detective novels. During the war he was in the Civil Service and then the Army. In 1946 he went back to writing stories for publication in the USA and decided to try a modified form of science fiction, a form he called 'logical fantasy'. As John Wyndham he wrote The Day of the Triffids, The Kraken Wakes, The Chrysalids, The Midwich Cuckoos (filmed as Village of the Damned), The Seeds of Time, Trouble with Lichen, The Outward Urge, Consider Her Ways and Others, Web and Chocky. John Wyndham died in March 1969.

GOR001585411
The Midwich Cuckoos: Classic Science Fiction by John Wyndham
John Wyndham
Used - Very Good
Paperback
Penguin Books Ltd
2008-08-07
224
0141033010
9780141033013
N/A
Book picture is for illustrative purposes only, actual binding, cover or edition may vary.
This is a used book - there is no escaping the fact it has been read by someone else and it will show signs of wear and previous use. Overall we expect it to be in very good condition, but if you are not entirely satisfied please get in touch with us.