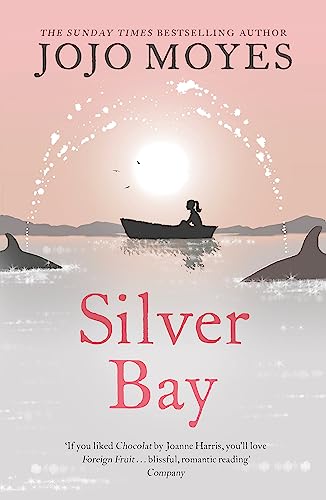 In Stock
$15.49
inc. GST
The stunning and emotionally fulfilling 2007 novel from the bestselling author of ME BEFORE YOU and THE GIRL YOU LEFT BEHIND.
Very Good Good Well Read
68 in stock

The stunning, RNA shortlisted novel by Jojo Moyes, internationally bestselling author of Me Before You, After You and the new bestseller Still Me.

Liza McCullen will never escape her past. But the unspoilt beaches and tight-knit community of Silver Bay offer the freedom and safety she craves - if not for herself, then for her young daughter, Hannah.

Until Mike Dormer arrives as a guest in her aunt's hotel, and the peace of Silver Bay is shattered. The mild-mannered Englishman with his too-smart clothes and disturbing eyes could destroy everything Liza has worked so hard to protect: not only the family business and the bay that harbours her beloved whales, but also her conviction that she will never love - never deserve to love - again.

Moyes is a romantic, and there is a gloriously happy ending, but the story is also surprising and genuinely moving. * The Times *
Impossible to put down. * Daily Express *
Romance doesn't get much more topsy-turvy than this whale of a tale. * Daily Mirror *
Unashamedly romantic. * Elle *

GOR000419878
Silver Bay: 'Surprising and genuinely moving' - The Times by Jojo Moyes
Jojo Moyes
Used - Very Good
Paperback
Hodder & Stoughton
2007-01-01
416
0340895934
9780340895931
Short-listed for RNA Romantic Novel of the Year 2007 (UK) Short-listed for Good Housekeeping Book Awards 2007 (UK)
Book picture is for illustrative purposes only, actual binding, cover or edition may vary.
This is a used book - there is no escaping the fact it has been read by someone else and it will show signs of wear and previous use. Overall we expect it to be in very good condition, but if you are not entirely satisfied please get in touch with us.