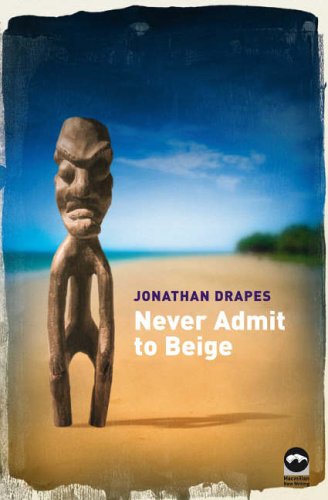 In Stock
$14.49
+10% GST
Trigger Harvey has lost his job, his flat, his friends and his trousers. Now he wants his luck back...
Very Good Good
Only 3 left

Trigg's search takes him to Australia's Gold Coast. In amongst the thirty miles of sun, concrete, money and neon lurks his luck, in the possession of one Terry Smith. Now he just has to find him.

His search becomes serious when it leads to the head of the Japanese Mafia on the coast. Hampered with delusions and heavy existential baggage, Trigg has to infiltrate the Gold Coast underworld to discover if one Mr Somatsu, aka Tetsuya Suzuki, aka Terry Smith, will help him get his old life back.

And not even kidnapping, illegal casinos, murder or golf will dent his resolve in this hilarious story.

Trigg's efforts are finally rewarded when he finds himself within feet of a solution. Unfortunately, five of Japan's most powerful men stand in his way. Trigg has to draw on everything he's learned about himself and life, not to mention the help of his new friends, to get him through. What he discovers is that perhaps having his luck taken from him was, in fact, the luckiest thing that could have happened.

Jonathan Drapes is a widely published short story and travel writer. He says his writing career began when he was nine and won a Golden Rough chocolate for the best story about going to the moon. He has also won the prestigious Federation of Australian Writers Short Story Award, but says he did not receive any chocolate for that.

GOR003215388
Never Admit to Beige by Jonathan Drapes
Jonathan Drapes
Used - Very Good
Hardback
Pan Macmillan
2006-12-01
99
0230005101
9780230005105
N/A
Book picture is for illustrative purposes only, actual binding, cover or edition may vary.
This is a used book - there is no escaping the fact it has been read by someone else and it will show signs of wear and previous use. Overall we expect it to be in very good condition, but if you are not entirely satisfied please get in touch with us.