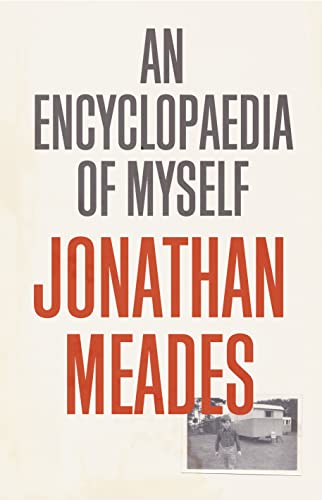 An Encyclopaedia of Myself by Jonathan Meades

LONGLISTED FOR THE SAMUEL JOHNSON PRIZE 2014

An Encyclopaedia of Myself by Jonathan Meades

LONGLISTED FOR THE SAMUEL JOHNSON PRIZE 2014

`Meades [is] an original in the best sense of combining deep knowledge and keen observation with a genuinely individual viewpoint ... The richness of vocabulary is as pleasurable as his honesty is bald ... The era is wonderfully reconstructed, the words so impastoed that everywhere you can feel the grain of times ... By far the best picture of the 1950s I have read' George Walden, The Times

`If this book is thought of less as a memoir than as a symphonic poem about postwar England and Englishness - well, then it is a masterpiece ... Meades is a sort of apocalyptic John Betjeman, and the descriptions here rank with the late poet laureate's eye for detail and nose for nostalgia' Roger Lewis, Financial Times

`A vivid and sometimes haunting portrait of a lost England ... Seldom has the suffocating sense of self-absorption of the siblingless, of loneliness and boredom and of precocity, imagination and alienation, been more powerfully illustrated ... Every page bristles with informed analysis and cogent argument' Andrew Anthony, Observer

`A dazzling confection of grown-up sophistication and schoolboy intensity of feeling. Meades may be pushing 70 years old, but like a more literate William Brown or an angrier Nigel Molesworth, he is still energetically kicking at everything that comes his way' Jane Shilling, Daily Telegraph

`This book is a riot ... [Meades] writes with such force and originality ... Meades is already a cult. This book will make him more so. It is a true literary achievement, and one's only regret is that a sequel is not already at hand to be read straight away' Simon Heffer, Literary Review

`[Meades] vividly conjures a vanished world ... I loved this book. Meades is a very great prose stylist, with a dandy's delight in the sound and feel of words, and we are lucky to have him' Ian Thomson, The Spectator

Jonathan Meades's most recent book `Museum Without Walls' was selected as a book of the year by seven critics. He has since published a box of photos in postcard form, `Pidgin Snaps'. His new films `Concrete Poetry' are in praise of brutalist architecture and will be transmitted on BBC4 in March 2014.

GOR005812440
9781857028492
185702849X
An Encyclopaedia of Myself by Jonathan Meades
Jonathan Meades
Used - Very Good
Hardback
HarperCollins Publishers
20140508
352
null null null null null null null null null null
Book picture is for illustrative purposes only, actual binding, cover or edition may vary.
This is a used book - there is no escaping the fact it has been read by someone else and it will show signs of wear and previous use. Overall we expect it to be in very good condition, but if you are not entirely satisfied please get in touch with us
Trustpilot