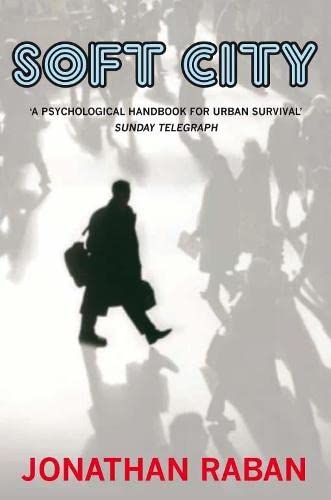 In Stock
$14.49
+10% GST
One of the classics of travel writing, this is a prescient exploration of the individual's relationship with urban living
Very Good Good Well Read
Only 1 left

In the city we can live deliberately: inventing and renewing ourselves, carving out journeys, creating private spaces. But in the city we are also afraid of being alone, clinging to the structures of daily life to ward off the chaos around us.

How is it that the noisy, jostling, overwhelming metropolis leaves us at once so energized and so fragile? In Soft City, one of our most acclaimed novelists and travel writers seeks to find out. First published in the 1970s, his account is a compelling exploration of urban life: a classic in the literature of the city, more relevant to today's overcrowded planet than ever.

Jonathan Raban is the recipient of - among other prizes - the Heinemann Award of the Royal Society of Literature, the National Book Critics Circle Award, the Thomas Cook Award, and the Governor's Award of the State of Washington. His novel, Waxwings, was longlisted for the 2003 Man Booker Prize, and his most recent work of fiction, Surveillance, was published in 2006 to much acclaim. In 1990 Raban, a British citizen, moved from London to Seattle, where he now lives with his daughter.

GOR001956690
Soft City by Jonathan Raban
Jonathan Raban
Used - Very Good
Paperback
Pan Macmillan
2008-07-22
304
0330456490
9780330456494
N/A
Book picture is for illustrative purposes only, actual binding, cover or edition may vary.
This is a used book - there is no escaping the fact it has been read by someone else and it will show signs of wear and previous use. Overall we expect it to be in very good condition, but if you are not entirely satisfied please get in touch with us.