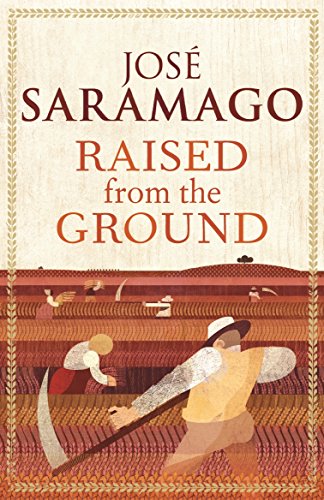 Raised from the Ground
by Jose Saramago

Out of Stock
$26.99
inc. GST
This early work is deeply personal and Jose Saramago 's most autobiographical, following the changing fortunes of the Mau-Tempo family - poor, landless peasants not unlike the author's own grandparents.
Very Good
Only 0 left

Raised from the Ground Summary

Raised from the Ground by Jose Saramago

This early work is deeply personal and Jose Saramago 's most autobiographical, following the changing fortunes of the Mau-Tempo family - poor, landless peasants not unlike the author's own grandparents. Saramago charts the family's lives in Alentjo, southern Portugal, as national and international events rumble on in the background - the coming of the republic in Portugal, the First and Second World Wars, and an attempt on the dictator Salazar's life. Yet, nothing really impinges on the farm labourers' lives until the first stirrings of communism. As full of love as it is of pain, it is a vivid, moving tribute to the men and women among whom Saramago lived as a child.

Raised from the Ground Reviews

"Time now gives us English-speakers the chance to see how well he worked to serve and deserve such greatness in this early novel" -- Ursula K Le Guin * Guardian *
"Here Saramago has begun to develop a unique voice which swoops and dives on his own work like a bird (and which is captured with all the skill of a ventriloquist in Margaret Jull Costa's excellent translation)" -- Nick Caistor * Times Literary Supplement *
"By Saramago's own reckoning it was the book in which he found and developed his style... a novel that resounds with relevance for our own time" -- Steven Heighton * Scotsman *
"This is a rich novel about a family of landless agricultural workers struggling over four generations... Readers of Jose Saramago will not be surprised at this original combination of serious denunciation of injustice with sarcasm and humour... Such an allusive novel, with its own orthodoxy in punctuation and subtle shifts of tone, is especially hard to translate. It reads beautifully well" -- Michael Eaude * Independent *
"A torrent of storytelling delivered with a lively, humorous immediacy, where his narrative drive and digressive thoughts flow unimpeded by conventional punctuation restraints" -- Siobhan Murphy * Metro *

Jose Saramago is one of the most important international writers of the last hundred years. Born in Portugal in 1922, he was in his sixties when he came to prominence as a writer with the publication of Baltasar and Blimunda. A huge body of work followed, translated into more than forty languages, and in 1998 he was awarded the Nobel Prize in Literature. Saramago died in June 2010.

GOR005607706
Raised from the Ground by Jose Saramago
Jose Saramago
Used - Very Good
Paperback
Vintage Publishing
2013-11-07
400
0099531771
9780099531777
N/A
Book picture is for illustrative purposes only, actual binding, cover or edition may vary.
This is a used book - there is no escaping the fact it has been read by someone else and it will show signs of wear and previous use. Overall we expect it to be in very good condition, but if you are not entirely satisfied please get in touch with us.