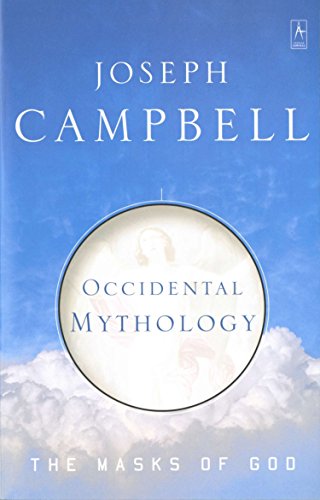 The Masks of God
by Joseph Campbell

Used Price
$44.99
inc. GST
Free Shipping in Australia
This volume comprises a comparison of the themes that underlie the art, worship and literature of the Western world.
Reviews:
Trustpilot
Very Good Good

The Masks of God Summary

The Masks of God: v. 3: Occidental Mythology by Joseph Campbell

A systematic and fascinating comparison of the themes that underlie the art, worship, and literature of the Western world.

Customer Reviews - The Masks of God

The Masks of God Reviews

"I consider this, as his other books, of outstanding importance and scholarship, clarity and depth. I believe that anyone truly interested in the sience of man ... will find these books a wealth of data, penetratingly analyzed and written in such a way that he has the chance of digesting them in his own manner."
--Erich Fromm

Joseph Campbell was interested in mythology since his childhood in New York, when he read books about American Indians, frequently visited the American Museum of Natural History, and was fascinated by the museum's collection of totem poles. He earned his B.A. and M.A. degrees at Columbia in 1925 and 1927 and went on to study medieval French and Sanskrit at the universities of Paris and Munich. After a period in California, where he encountered John Steinbeck and the biologist Ed Ricketts, he taught at the Canterbury School, then, in 1934, joined the literature department at Sarah Lawrence College, a post he retained for many years. During the 1940s and '50s, he helped Swami Nikhilananda to translate the Upanishads and The Gospel of Sri Ramakrishna. The many books by Professor Campbell include The Hero with a Thousand Faces, Myths to Live By, The Flight of the Wild Gander, and The Mythic Image. He edited The Portable Arabian Nights, The Portable Jung, and other works. He died in 1987.

GOR001717806
The Masks of God: v. 3: Occidental Mythology by Joseph Campbell
Joseph Campbell
Arkana S.
Used - Very Good
Paperback
Penguin Books Ltd
1992-03-26
576
014019441X
9780140194418
N/A
Book picture is for illustrative purposes only, actual binding, cover or edition may vary.
This is a used book - there is no escaping the fact it has been read by someone else and it will show signs of wear and previous use. Overall we expect it to be in very good condition, but if you are not entirely satisfied please get in touch with us.