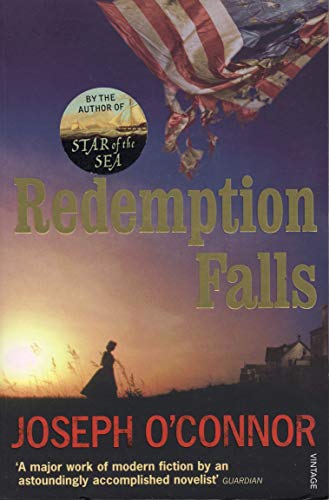 In Stock
$13.49
inc. GST
Eighteen years after the famine ship Star of the Sea docked at New York, the daughter of two of her passengers sets out from Baton Rouge, Louisiana, on a walk across a devastated America.
Very Good
8 in stock

1865. The American Civil War is ending. Eighteen years after the famine ship Star of the Sea docked at New York, the daughter of two of her passengers sets out from Baton Rouge, Louisiana, on a walk across a devastated America. Eliza Duane Mooney is searching for her younger brother she has not seen in four years, one of the hundred thousand children drawn into the war. His fate has been mysterious and will prove extraordinary. It's a walk that will have consequences for many seemingly unconnected survivors: a love-struck cartographer, a haunted Latina poetess, rebel guerrilla Cole McLaurenson, runaway slave Elizabeth Longstreet and the mercurial revolutionary James Con O'Keeffe, who commanded a brigade of Irish immigrants in the Union Army and is now Governor of a western wilderness where nothing is as it seems.

"Redemption Falls is a major work of modern fiction from an astonishingly accomplished writer" -- Terry Eagleton * Guardian *
"The words 'A Masterpiece' are too often bandied around in reviews, but they should be this novel's subtitle" * Sunday Tribune *
"Broad and ambitious...beautifully written...at the heart of O'Connor's masterful epic lies a universal hope for something better" * Observer *
"A superb achievement" * Irish Times *
"A novel of vaulting ambition. O'Connor's finest work to date" * Sunday Independent *

Joseph O'Connor was born in Dublin. His novels include Cowboys and Indians (Whitbread Prize shortlist), Star of the Sea (Irish Post Award for Fiction, France's Prix Millepages, Prix Madeleine Zepter for European Novel of the Year), Redemption Falls, and Ghost Light (Dublin One City One Book Novel, 2011). In 2012 he won the Irish PEN Award for Outstanding Achievement in Literature. His work has been published in thirty-five languages. www.josephoconnorauthor.com

GOR000445676
Redemption Falls by Joseph O'Connor
Joseph O'Connor
Used - Very Good
Paperback
Vintage Publishing
2008-05-01
464
0099481529
9780099481522
Short-listed for International IMPAC Dublin Literary Award 2009 Short-listed for Hughes & Hughes Irish Novel of the Year Award 2008
Book picture is for illustrative purposes only, actual binding, cover or edition may vary.
This is a used book - there is no escaping the fact it has been read by someone else and it will show signs of wear and previous use. Overall we expect it to be in very good condition, but if you are not entirely satisfied please get in touch with us.