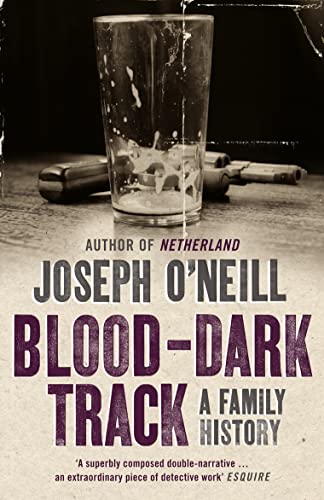 Joseph O'Neill's grandfathers - one Irish, one Turkish - were both imprisoned during the Second World War. The Irish grandfather, a handsome rogue from a family of small farmers, was an active member of the IRA and was interned with hundreds of his comrades. O'Neill's other grandfather, a hotelier from a tiny and threatened Turkish Christian minority, was imprisoned by the British in Palestine, on suspicion of being a spy.

At the age of thirty, Joseph O'Neill set out to uncover his grandfather's stories, what emerges is a narrative of two families and two charismatic but flawed men - it is a story of murder, espionage, paranoia and fear, of memories of violence and of fierce commitments to political causes.

'He uncovers fascinating parallels between the two men, illuminating the ways in which individual lives mesh with history' Sunday Times

'This is a beautifully written and complicated book, in which difficult perceptions are expressed with forensic honesty' Sunday Telegraph

'His thoroughness and energy are phenomenal' London Review of Books

'Blood-Dark Track moves adroitly between Ireland and the Middle East, and interlaces O'Neill's own quest to discover what his grandfathers were up to with fascinating and unfamiliar insights into the history of their times...the result is riveting' Sunday Express

'Surprisingly, considering this charged material, Joseph O'Neill manages to construct an elaborate, patient, almost detached memoir. This is a stealthy, evidential enterprise...a big cat of a book. It creeps up on you, then pounces. And once it has you in its grip, watch out, because it doesn't let go in a hurry' Evening Standard

Joseph O'Neill is an Irish barrister living in New York. He is the author of three novels, `Netherland', which was longlisted for the Man Booker Prize, `This is the Life' and `The Breezes'.

GOR002347538
Blood-Dark Track: A Family History by Joseph O'Neill
Joseph O'Neill
Used - Very Good
Paperback
HarperCollins Publishers
2009-04-30
352
0007309252
9780007309252
N/A
Book picture is for illustrative purposes only, actual binding, cover or edition may vary.
This is a used book - there is no escaping the fact it has been read by someone else and it will show signs of wear and previous use. Overall we expect it to be in very good condition, but if you are not entirely satisfied please get in touch with us.