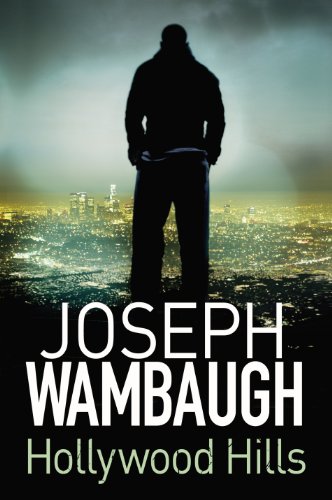 For the streetwise cops of Hollywood Station, dealing with the panhandlers, prostitutes and costumed crackheads of the boulevard is all in a day's work. If they're lucky, surf-mad partners Flotsam and Jetsam can spend the morning calming the crazies and the afternoon policing the babes on the beach. But beyond the lights and the crowds on the Walk of Fame, the real Los Angeles simmers dangerously. And when things heat up, even veterans like Viv Daley will see things that they'll wish they could forget. In the hills above town, it's a different world, where sports-car-studded driveways lead to sprawling villas stuffed with clothes and jewels. Up here, pickings are easy for the Bling Ring - a group of photogenic young addicts who knock off celebrity cribs to fund their next fix. Even experienced cop and wannabe filmstar Nate "Hollywood" Weiss has struck gold in the hills. Leona Bruger, wife of an Industry Mover and Shaker, has taken a fancy to him. Although he knows the Hollywood maxim - you don't pet the cougars, especially if they belong to the boss - Nate reckons that a leg-over might be just the leg-up he needs. What Weiss doesn't realise is that his new flame's crooked art-dealer is about to pull a forgery scam right under his nose. And when a pair of desperate junkies hit on a foolproof plan to pay their drug debts with a stolen painting, things get very complicated indeed...

Brilliant characterisation and authentic dialogue * Daily Mail *
Straight-shooting, tough-talking crime drama. Great stuff * Time Out *
Deliriously entertaining fiction rich in incident, anecdote and, especially, great characters * Observer *
The cops are all fabulous characters... street language that just zings off the page... it's a jungle out there and Wambaugh is the man to lead you through it * Daily Express *
Wambaugh is a masterful storyteller. Hollywood Hills is a dazzling mosaic that offers caper-style comedy, downbeat heroics, heartbreakingly authentic detail and unconventional but effective police procedural work. * Irish Times *
We get to ride again with the crew of the most colourful cop-shop under the sun. * Scotsman *

Joseph Wambaugh served with the LAPD for fourteen years. He is internationally recognised as one of crime fiction's Olympians. He lives in Rancho Mirage, California with his wife, Dee.

GOR003585344
Hollywood Hills by Joseph Wambaugh
Joseph Wambaugh
Used - Very Good
Hardback
Atlantic Books
2011-01-01
368
1848878761
9781848878761
N/A
Book picture is for illustrative purposes only, actual binding, cover or edition may vary.
The book has been read but remains in clean condition. All pages are intact and the cover is intact. Some minor wear to the spine.