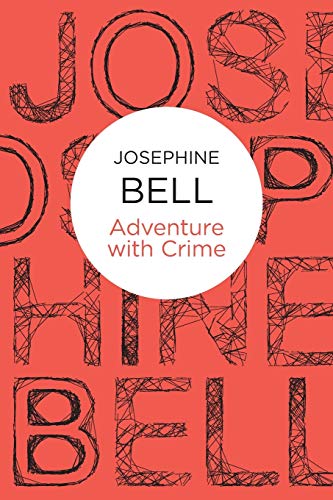 Adventure with Crime by Josephine Bell

From one of the founding members of the Crime Writers' Association

Adventure with Crime by Josephine Bell

When newly married young woman Frances Aldridge loses her husband in a freak car accident, friends persuade her that a holiday in the United States would help her to recover her vitality.

Deciding to travel by bus, she chooses a route which transverses the vast American landscape, from New York to Colorado. As she crosses the States she begins to fall in love with their splendour, and on the bus, she encounters many friendly people who share their stories, including Jim Field - strangely enigmatic in this open country, handsome and travelling with a companion who she takes to be his mother.

One night in Cleveland, Frances is woken abruptly in the middle of the night, by what she thinks is the door to her hotel room clicking shut. The next morning, she discovers that her pearl earrings are missing. She does not bother to report this minor theft, but is appalled to read in the news a few days later that an elderly woman had been murdered in the same hotel the very night she had been there.

In the dramatic story that unfolds, Frances finds herself increasingly feeling as though she is being followed, state to state, city to city . . . and murder to murder.

Josephine Bell was born Doris Bell Collier in Manchester, England. Between 1910 and 1916 she studied at Godolphin School, then trained at Newnham College, Cambridge until 1919. At the University College Hospital in London she was granted M.R.C.S. and L.R.C.P. in 1922, and a M.B. B.S. in 1924. Bell was also a prolific author, writing forty-three novels and numerous uncollected short stories during a forty-five year period. Many of her short stories appeared in the London Evening Standard. Using her pen name she wrote numerous detective novels beginning in 1936, and she was well-known for her medical mysteries. Her early books featured the fictional character Dr. David Wintringham who worked at Research Hospital in London as a junior assistant physician. She helped found the Crime Writers' Association in 1953 and served as chair during 1959-60.
GOR010585060
Adventure with Crime by Josephine Bell
Josephine Bell
Used - Very Good
Paperback
Pan Macmillan
2012-05-17
186
1447221427
9781447221425
N/A
Book picture is for illustrative purposes only, actual binding, cover or edition may vary.
This is a used book - there is no escaping the fact it has been read by someone else and it will show signs of wear and previous use. Overall we expect it to be in very good condition, but if you are not entirely satisfied please get in touch with us
Trustpilot