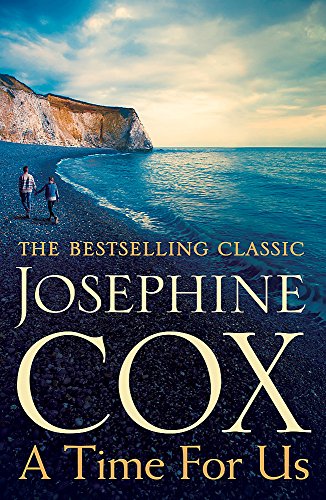 A Time for Us
by Josephine Cox

A Time for Us Summary

A Time for Us: When tragedy strikes, where do you turn? by Josephine Cox

A classic novel, heartbreaking and emotional, from Sunday Times bestselling writer Josephine Cox, 'hailed quite rightly as a gifted writer in the tradition of Catherine Cookson' Manchester Evening News. A Time For Us is perfect for fans of Lesley Pearse and Rosie Goodwin.

Lucy Nolan is the golden girl. The only daughter of local grocers, Sally and Mike Nolan, she's grown up in a home of total love and security. The one thing her heart desires is that Jack Hanson might ask her to marry him, and when he does eventually propose, Lucy is prepared to give up everything to be with him - even though it means leaving her beloved parents to live abroad where Jack has been offered an exciting business opportunity.

But then, almost on the eve of the marriage itself, tragedy strikes. And for the first time in her life, Lucy is forced to realise that Fate, which has been so kind to her, can also be just as cruel.

Customer Reviews - A Time for Us

Josephine Cox was born in a cotton-mill house in Blackburn, one of ten children. At the age of sixteen, Josephine met and married her husband Ken, and had two sons. When the boys started school, she decided to go to college and eventually gained a place at Cambridge University. She was unable to take this up as it would have meant living away from home, but she went into teaching - and started to write her first full-length novel. Her strong, gritty stories are taken from the tapestry of life.

GOR008738103
A Time for Us: When tragedy strikes, where do you turn? by Josephine Cox
Josephine Cox
Used - Very Good
Paperback
Headline Publishing Group
2017-07-27
400
1472245768
9781472245762
N/A
Book picture is for illustrative purposes only, actual binding, cover or edition may vary.
This is a used book - there is no escaping the fact it has been read by someone else and it will show signs of wear and previous use. Overall we expect it to be in very good condition, but if you are not entirely satisfied please get in touch with us.