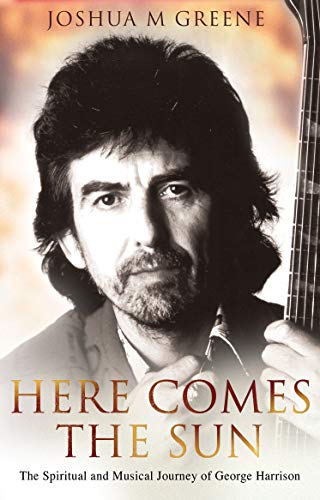 In Stock
$15.99
+10% GST
And like all good stories, this one starts when the hero was just a child.'In Here Comes the Sun Joshua Greene sheds new light on the most mysterious of the Beatles, George Harrison, and provides a unique portrait of the man through his music and his spiritual quest.
Very Good Good Well Read
Only 1 left

'The soundtrack of [Harrison's] spiritual journey begins with the explosions of battle and ends, fifty-eight years later with the harmonies of eternal peace. And like all good stories, this one starts when the hero was just a child.' In Here Comes the Sun Joshua Greene sheds new light on the most mysterious of the Beatles, George Harrison, and provides a unique portrait of the man through his music and his spiritual quest. As Greene looks back at Harrison's early life and the years he spent growing up in an impoverished, post-war Liverpool, he follows the path taken by the quietly rebellious teenage, the experiences and friendships that helped to shape his destiny and, of course, explores Harrison's rollercoaster ride to fame as a member of the legendary Beatles. He also draws on scores of previously unpublished transcripts of recorded conversations, first-hand accounts and fresh anecdotes about Harrison and other musical greats such as Dylan and Presley. Poignant, insightful, and written with an immediacy that captures the very essence of the 'quiet one', Here Comes the Sun gives us an unprecedented close-up of Harrison's often underrated contribution to the Beatles' legacy, and his spiritual awakening through Indian music, mysticism and meditation.

"Many well-known artists have touched people's hearts with their music, but few have ever succeeded in touching people's souls. That was George's gift, and his story is described here with affection and taste. A wonderful book" * Mia Farrow *
"I love this book for many reasons, most of all for its fair and sensitive portrayal of my brother's open-minded approach to spirituality. He saw Spirit as belonging to everyone, and that wonderful quality in him comes through here with dignity and insight" * Louise Harrison *
"I have fond memories of times George and I spent together and Here Comes the Sun really captures him - not just as a Beatle, but as an artist and a human being" * Peter Frampton *
"Here Comes the Sun captures the music and the dazzling spiritual quests of the tumultuous 1960s through the story of George Harrison, the Beatle who as much as anyone embodied the era and its strange pilgrimage" * Robert Ellwood, Professor Emeritus of Religion, University of Southern California *
"Wonderful! A detailed and comprehensive supplement to the memory of a gentle, driving force" * Mike Pinder, founder of The Moody Blues *

Joshua M Greene is the author of two acclaimed biographies and the producer of numerous award-winning films. His articles have appeared in print media internationally and his books on the Holocaust were adapted for TV in the US. He lives in Long Island.

GOR001946079
Here Comes The Sun by Joshua M. Greene
Joshua M. Greene
Used - Very Good
Paperback
Transworld Publishers Ltd
2006-07-03
400
0553817965
9780553817966
N/A
Book picture is for illustrative purposes only, actual binding, cover or edition may vary.
This is a used book - there is no escaping the fact it has been read by someone else and it will show signs of wear and previous use. Overall we expect it to be in very good condition, but if you are not entirely satisfied please get in touch with us.