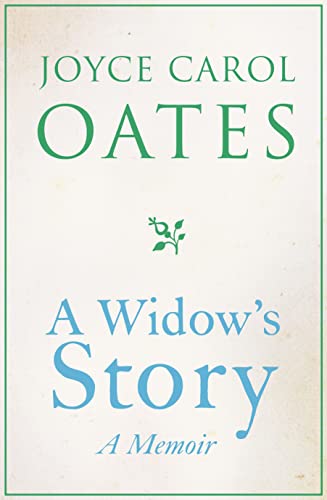 "My husband died, my life collapsed."

A Widow's Story: A Memoir by Joyce Carol Oates

"My husband died, my life collapsed."

On a February morning in 2008, Joyce Carol Oates drove her ailing husband, Raymond Smith, to the emergency room of the Princeton Medical Center where he was diagnosed with pneumonia. Both Joyce and Ray expected him to be released in a day or two. But in less than a week, even as Joyce was preparing for his discharge, Ray was dead from a hospital-acquired virulent infection, and Joyce was suddenly faced - totally unprepared - with the reality of widowhood.

A Widow's Story illuminates one woman's struggle to comprehend a life absent of the partnership that had sustained and defined her for nearly half a century. Joyce Carol Oates shares the derangement of denial, the anguish of loss, the disorientation of the survivor amid a nightmare of "death duties," and the solace of friendship. She writes unflinchingly of the experience of grief - the almost unbearable suspense of the hospital vigil, the treacherous "pools" of memory that surround us, the vocabulary of illness, the absurdities of commercialized forms of mourning. Here is a frank acknowledgment of the widow's desperation - only gradually yielding to the recognition that "this is my life now."

Enlivened by the piercing vision, acute perception and mordant humour that are the hallmarks of the work of Joyce Carol Oates, this is an extremely moving tale of life and death, love and grief.

'A deeply intimate look at the eminent author's "derangement of Widowhood"...Oates writes with gut-wrenching honesty and spares no one in ripping the illusions off the face of death' Kirkus Reviews

'Oates has created an illuminating portrait of a marriage, a searing confrontation with death, an extraordinarily forthright chronicle of mourning, and a profound "pilgrimage" from chaos to coherence ... her memoir of sudden widowhood will have an impact similar to Joan Didion's "The Year of Magical Thinking"' Booklist

`Oates is a writer of extraordinary strengths. Her great subject, naturally, is love' Guardian

'Oates is an inspired writer, and a formidable psychologist. She has a thrilling way of grasping an emotion, wasting no time and launching herself straight at the aching heart of the matter' Independent

Joyce Carol Oates is a recipient of the National Book Critics Circle Ivan Sandrof Lifetime Achievement Award, the National Book Award, and the PEN/Malamud Award for Excellence in Short Fiction, and has been nominated for the Pulitzer Prize. Her books include We Were the Mulvaneys; Blonde, which was nominated for the National Book Award; and the New York Times bestseller The Falls, which won the 2005 Prix Femina. She is the Roger S. Berlind Distinguished Professor of the Humanities at Princeton University and has been a member of the American Academy of Arts and Letters since 1978. In 2003 she received the Commonwealth Award for Distinguished Service in Literature, and in 2006 she received the Chicago Tribune Lifetime Achievement Award.

GOR002613541
A Widow's Story: A Memoir by Joyce Carol Oates
Joyce Carol Oates
Used - Very Good
Hardback
HarperCollins Publishers
2011-03-03
450
0007388160
9780007388165
N/A
Book picture is for illustrative purposes only, actual binding, cover or edition may vary.
This is a used book - there is no escaping the fact it has been read by someone else and it will show signs of wear and previous use. Overall we expect it to be in very good condition, but if you are not entirely satisfied please get in touch with us.