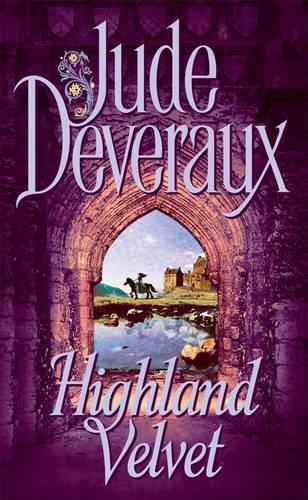 In Stock
$11.99
+10% GST
Falling in love at first sight with the beautiful Bronwyn MacCarran, conqueror Stephen Montgomery struggles to prove himself to her despite her refusal of his love, in a romance set against the backdrop of a highland clan war. Reissue.
Very Good Good
Only 2 left

Bronwyn MacArran was a proud Scot. Stephen Montgomery was one of the hated English.
He came to Scotland as a conqueror, saw her beauty and was vanquished. But still she would abhor him.
She owned a temper hot enough to forge the armors of battle or inflame a valiant soldier's passion. Yet still she would resist him.
She became his reason to live, his reason to love. And still she would deny him.
But while clan fought clan, while brother took up sword against brother, and the highlands ran with blood -- their destiny was made...and this mighty warrior pledged himself to his woman's pride, her honor and her name -- and made of their love a torch to burn through the ages!

Jude Deveraux is the author of forty New York Times bestsellers, including The Scent of Jasmine, Scarlet Nights, Days of Gold, Lavender Morning, Return to Summerhouse, and Secrets. To date, there are more than sixty million copies of her books in print worldwide. She lives in North Carolina. To learn more, visitwww.judedeveraux.com.

GOR002679264
Highland Velvet by Jude Deveraux
Jude Deveraux
Used - Very Good
Paperback
Simon & Schuster
1991-05-01
368
0671739727
9780671739720
N/A
Book picture is for illustrative purposes only, actual binding, cover or edition may vary.
This is a used book - there is no escaping the fact it has been read by someone else and it will show signs of wear and previous use. Overall we expect it to be in very good condition, but if you are not entirely satisfied please get in touch with us.