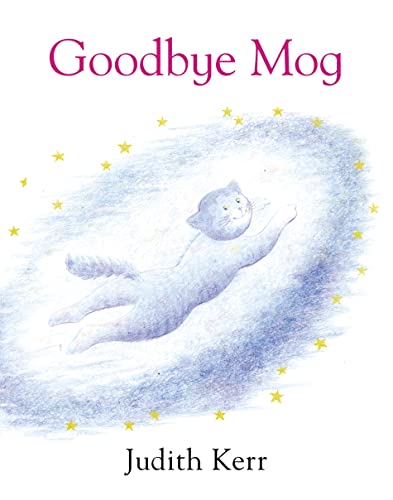 Mog was tired. She was dead tired...Mog thought, `I want to sleep for ever.' And so she did. But a little bit of her stayed awake to see what would happen next.

Mog was tired. She was dead tired...Mog thought, `I want to sleep for ever.' And so she did. But a little bit of her stayed awake to see what would happen next.

Mog keeps watch over the upset Thomas family, who miss her terribly, and she wonders how they will ever manage without her. Nothing happens for some time...then suddenly, one day, Mog sees a little kitten in the house. The kitten is frightened of everything - noise, newspapers, bags and being picked up. Mog thinks the kitten is very stupid.

But then Mog realises that the nervous kitten doesn't know how to play and just needs `a little bit of help'. And so, Mog pushes the surprised kitten into Debbie's lap, where it finds it actually likes being tickled and stroked.

The new family pet is settled in at last. But Debbie says she will always remember Mog.
`So I should hope,' thinks Mog. And she flies up and up and up right into the sun.

Wise, sometimes wistful but ultimately triumphant, this picture book really is something special. Judith Kerr's previous Mog stories have always hit the highest standards; this one is her best yet: clever, affectionately illustrated and totally life-affirming.' The Independent

GOR001035996
Goodbye Mog by Judith Kerr
Judith Kerr
Used - Very Good
Hardback
HarperCollins Publishers
2002-10-21
32
0007149689
9780007149681
N/A
Book picture is for illustrative purposes only, actual binding, cover or edition may vary.
This is a used book - there is no escaping the fact it has been read by someone else and it will show signs of wear and previous use. Overall we expect it to be in very good condition, but if you are not entirely satisfied please get in touch with us.