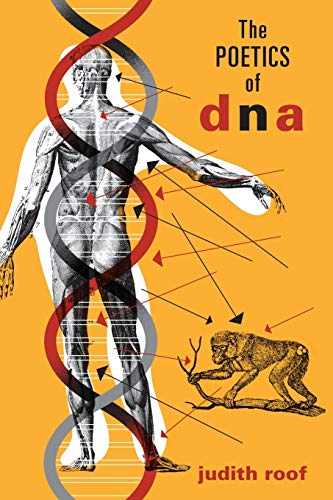 The Poetics of DNA by Judith Roof

The Poetics of DNA by Judith Roof

How has DNA come to be seen as a cosmic truth, representative of all life, potential for all cures, repository for all identity, and end to all stories? In The Poetics of DNA, Judith Roof examines the rise of this powerful symbol and the implications of its ascendancy for the ways we think-about ourselves, about one another, and about the universe.

Descriptions of DNA, Roof argues, have distorted ideas and transformed nucleic acid into the answer to all questions of life. This hyperbolized notion of DNA, inevitably confused or conflated with the "gene," has become a vector through which older ways of thinking can merge with the new, advancing long-discredited and insidious ideas about such things as eugenics and racial selection and influencing contemporary debates, particularly the popular press obsession with the "gay gene." Through metaphors of DNA, she contends, racist and homophobic ideology is masked as progressive science.

Grappling with twentieth-century intellectual movements as well as contemporary societal anxieties, The Poetics of DNA reveals how descriptions of DNA and genes typify a larger set of epistemological battles that play out not only through the assumptions associated with DNA but also through less evident methods of magical thinking, reductionism, and pseudoscience.

For the first time, Roof exposes the ideology and cultural consequences of DNA and gene metaphors to uncover how, ultimately, they are paradigms used to recreate prejudices.

Judith Roof is professor of English and film studies at Michigan State University. She is the author of several books, including All about Thelma and Eve: Sidekicks and Third Wheels.

CIN000552318
9780816649983
0816649987
The Poetics of DNA by Judith Roof
Judith Roof
Posthumanities
Used - Very Good
Paperback
University of Minnesota Press
2007-06-12
248
N/A
Book picture is for illustrative purposes only, actual binding, cover or edition may vary.
This is a used book - there is no escaping the fact it has been read by someone else and it will show signs of wear and previous use. Overall we expect it to be in very good condition, but if you are not entirely satisfied please get in touch with us
Trustpilot